Music in every room 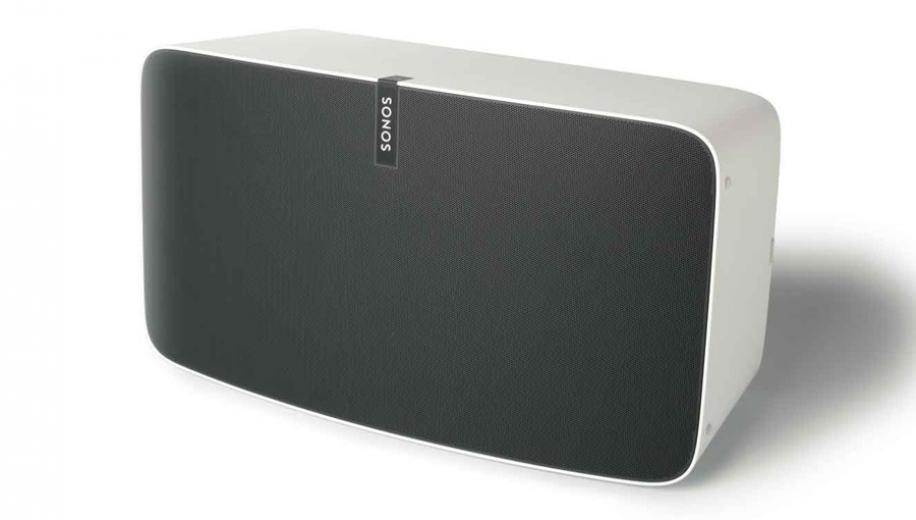 The way we consume music has fundamentally changed in the last few years and that revolution in listening habits has begun to impact the world of audio.
The growth in the popularity of streaming services like Spotify and Tidal means that consumers have access to more music than ever before and convenience has become increasingly important. This has resulted in the rise of the wireless or network speaker, an audio product design specifically for listening to music streamed to the speaker from another device. The user simply connects via WiFi or Bluetooth and then streams content to the speaker allowing them to listen to music wherever they are in the home. This concept has now been taken to the next level with multiroom systems that create a network of wireless speakers around the house, allowing you to listen to the same song seamlessly as you move from room to room or listen to different songs in different rooms. These multiroom systems can encompass other audio sources like AV Receivers or soundbars, allowing you to listen to almost anything and almost anywhere. Here are some of the most interesting wireless speakers that we have reviewed this year. Samsung has been developing there 360 range of wireless speakers for the last two years and after the successful but quite expensive R6 and R7, the Korean giant launched a range of cheaper models. This range includes the R1 and R3 but it's the R5 that proved to be the best, delivering a lovely sound for a decent price. It's large enough to produce an open, room-filling sound and its omni-directional design eliminated the sweet spot, producing audio that was tonally balanced wherever you were in the room. Whilst the nature of its design means that the R5 does lose a sense of stereo separation, it also proves ideal for the way that many people listen to music these days. However, you can also pair two R5s together should you wish to create a more traditional two speaker set up. The speaker handled high and mid-range frequencies well and the bass performance was surprisingly good considering the R5's size. The speaker offers both WiFi and Bluetooth connection, along with remote app control, good file support and Samsung's multiroom system. It also manages to deliver a big sound that can compete with larger and more expensive speakers, including Samsung's own R6. It will largely depend on your priorities but if you're looking for a wireless speaker that combines quality and convenience, then the Samsung R5 is certainly worth considering. When it comes to wireless speakers and multiroom networks there's one name that stands above all the others and that's Sonos. The company practically created the market for wireless speakers and its name has become synonymous with streaming music around the house. The Sonos system is simple to set up and robust, which is part of its appeal but the company is finding itself under increasing pressure. The result is the PLAY:5 which attempts to address some of the criticisms levelled at the company. In reality it's a little frustrating because while Sonos has dealt with some of their issues, they have yet to deal with others. The system itself is limited to 16/48kHz, although that probably won't be an issue for most people but the app architecture and the way it impacts on some aspects of operation of the PLAY:5 are now increasingly constrictive. However, what we can't complain about is the performance, this is a genuinely talented small speaker that has the option to become an impressive stereo pair by adding a second. In some ways, this makes the continued limitations of the design a little more annoying but there is no doubt that for people unconcerned by the quirks of the ecosystem, it is possible to build a seriously talented multiroom system around the Sonos PLAY:5. The growing market for wireless speakers has resulted in a number of new companies emerging to take on more established names like Sonos; and Unmonday is one of them. So if you're after a wireless speaker that looks beautiful and sounds great and you’re not overly constrained by budget, the Unmonday 4.3 Vol II is a very interesting proposition. The hexagonal construction and porcelain finish are both truly striking design features and the built-in gyroscopes adjust the sound output – with choices of mono, stereo and surround – dependent on how you position the 4.3 Vol II, which is a very clever touch. Set up is carried out via an easy to use app, where you can add a speaker, or speakers, to your home network, thus unlocking the multi-room capabilities. We did encounter some network issues in that configuration which weren’t easily explicable, as our home network is usually very robust, so we can’t really vouch for the multi-room/multi-speaker performance but when it did work, it worked very well and the manufacturer ensures us our problems were an isolated example. All in all, the Unmonday 4.3 Vol II is a very nice wireless speaker which is well worthy of consideration if you’re looking for something just a bit different. If you do have a decent budget to spend on a wireless speaker, there are some excellent options available and the Sony SRS-X99 is a great example. Of course you could buy a very reasonable stereo set up for the price of the X99 but assuming that for whatever reason, be it space, aesthetics, multiroom capability or portability, you’re exploring this particular type of product, then the X99 does plenty to justify its place in the market. The design is classic Sony – elegant and understated – the connectivity is decent with stereo, USB A/B and high quality Bluetooth at your disposal, in addition to integration with streaming apps and network playback. The SRS-X99 supports hi-res audio and delivers lots of detail via its impressive speaker array, with enough volume to fill most living rooms although the stereo imaging is lost quite quickly as you begin to move off-centre. The Sony is also impressive with lower quality sources, with Clear Audio+ really helping to restore what was taken away during compression. So if you're looking for an audiophile wireless speaker that offers an attractive design, a great performance and plenty of flexibility, then the Sony SRS-X99 might be just the ticket. All the speakers we've mentioned so far have been single box solutions, although most of them can be used as part of a stereo pair or within a multiroom network. However, if you fancy a genuine pair of stereo wireless speakers, then the Yamaha NX-N500 would fit the bill nicely. If you consider the N500 as a standalone product, this compact pair of active wireless speakers start to make a lot of sense. They're beautifully designed and have the connectivity and flexibility to stand in for a great many other components and do so with a performance that is genuinely convincing. The N500 will perform best in smaller rooms and especially used on a desktop but for a wide variety of applications, Yamaha's clever little active speaker is likely to be just the ticket. From a wider perspective, it also supports MusicCast, which is Yamaha's multiroom system. This means that the N500 can connect to the MusicCast system and you can listen to any other device on the network. You can also send audio from the N500 to another connected device, which makes for a very flexible and effective multiroom network. So whether you're looking for an excellent pair of stereo wireless speakers or the basis from which to build a multiroom system, the Yamaha NX-N500 has you covered.