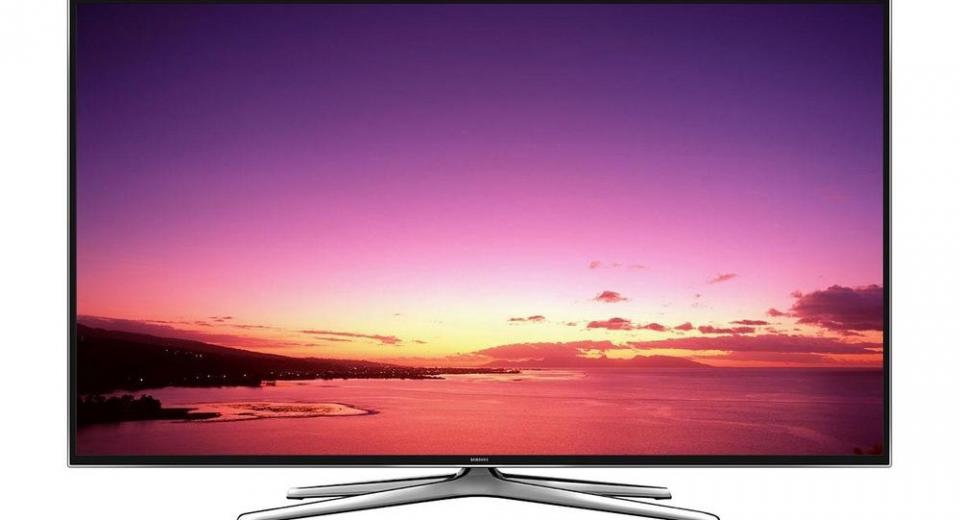 It’s been another interesting year in the TV manufacturing industry.

We’ve come to terms with the demise of plasma technology, 4K Ultra HD televisions are available at mainstream prices and OLED suddenly became very much more affordable. Here at AVForums towers, we’ve seen virtually everything the big brands have to offer and as 2014 draws to a close, we’re bringing you five of the best, across a range of prices and technologies. Hopefully there’s something for everybody here but, if not, you can always look at our other guides.

A lot of the TV samples we’ve received this year have been 4K ready and a lot of them have been Samsung’s but their UE55H6400 is 1080p only. It may not be particularly striking in terms of the design, either. There’s no curved screen or fancy base stand and, in fact, its near identical in appearance to last year’s equivalent but it’s still a good looking TV. If you’ve received any other AV kit this Chrsitmas – perhaps a soundbar or streaming device – you should have no problems in getting it hooked up with 4 HDMI ports, 3 USB, wired and wireless LAN connections included. You can scroll through the menus using a conventional remote control or with the redesigned smart controller for a more refined experience. The new controller works really well and offers voice, gesture and touch controls. Don’t be fooled by the nomenclature, the Movie picture mode is the one to go for, irrespective of whether you’re watching TV or movies and, in fact, we were able to extract superb accuracy from the H6400 which married with superior video processing and excellent native contrast to produce superb images. Priced this Xmas around the £800, this is an absolutely stunning deal when you consider that not only do you get great pictures, you also get the most comprehensive set of streaming services and Smart TV features on the market.

Much has been made over Panasonic’s claims that this TV would eclipse the performance of their superb era-ending plasma TV range. It might not have quite pulled that off completely but it’s still a superb TV and you would never find a 4K plasma TV. The scaling of signals carrying Full HD (1080p) material is so good that you’ll be losing next to nothing in the translation up to a 3840 x 2160 pixel count and, at times, the AX902 even gives the impression that Blu-ray discs look 4K Panasonic has invested lots of time and money in to the backlighting technology of the AX902 and this has paid dividends with some of the deepest blacks we’ve seen on a LED/LCD TV – 4K or not. It’s also great with 3D, delivering 1080p to each eye by a family friendly passive system. This flasgship TV also boasts an excellent suite of Smart features, including a built-in camera for Skype video calls, access to all the catch-up TV services and more besides. The only real catch here is the price so it might be worth waiting until the January sales to see if the current £3,400 price dips, which we expect it will.

This isn’t Sony’s flagship Full HD TV for 2014. At December 2014 pricing, it costs a few hundred pounds less than the top-tier W955 model but is the better bet, if picture quality is your prime concern. The W829 boats deep native black levels and great contrast and one of the most accurate out of the box pictures you could hope for. Sony’s strong background in video processing also shows, helping the W829 produce crisp, clean and colourful images, whatever you throw at it. The Sony W829 doesn't feature the new Wedge design of the top-end TVs but it still packs in decent speaker system and there’s also a good deal of Smart TV content to get your teeth in to. The particular focus for Sony, this year, is in providing the user suggested viewing content and there’s no shortage of video services on board to facilitate that. You can pick the 50-inch W829 up for less than £700 this Christmas, and that is great value!

It started as a trickle but the floodgates are beginning to open and there’s seemingly no escape from the trend for curved screen TVs. While we can’t claim to be blown away by the effect, so far, we’ve certainly had no complaints with it in practice and the quality of the HU8500 is such that you’ll be bowled over, regardless. There’s no denying that as a piece of AV furniture, the contoured looks of the UE65HU8500 make it an absolute stunner, too, and the designer looks are carried over in to the new Smart Touch remote which blends voice, gesture and touch controls to great effect. As ever, Samsung’s Smart TV platform is a hugely comprehensive offering, with access to all the major UK catch-up services as well as just about every major streaming service out there – including 4K Netflix.

The HU8500 has just about every cutting edge feature included There’s almost nothing you could fault in terms of the HU8500’s picture quality. Deep blacks, great screen uniformity, top quality picture processing and supremely faithful colour fidelity are just some of the qualities the HU8500 brings to the table and, every so often, the curve will give just a hint of providing a greater sense of depth to images. The quality of the 3D images were also superb with brightness, depth and pop-out aplenty. The designer looks of the 65-inch HU8500 come at a cost however, with an asking price around £3,300, while the 55-incher will set you back about £2,000. For that money you do get the assurance of the upgradable One Connect box included in the bundle, though and if you like them big, curvy and cutting-edge, there are currently few better choices than the Samsung HU8500.

There are several staggering things about LG’s latest Full HD OLED. Let’s start with the price; while £2,500 doesn’t exactly qualify as cheap, in television terms, consider that this technology is very much in its infancy and not much more than a year ago, a 55-inch OLED TV would have cost you around the £5,000 mark. What makes OLED so good? It’s mostly the near infinite contrast levels and cavernous that set the EC930 apart from the rest of the pack but you also get beautiful colour representation and top-notch video processing. The picture quality is nothing short of fantastic and OLED is set to become the de facto choice for videophiles the world over. This TV also comes with LG’s incredibly slick webOS Smart TV platform and the fantastic magic motion controller which has set the bar for smart remotes. This new platform makes the rest look clunky and positively old-fashioned by comparison and LG’s approach to treat everything as an app makes the experience unbelievably intuitive. Anybody that owns a smartphone or tablet will get to grips with the idea that everything is treated as an app in no time! LG is marketing OLED as the future of TV and on the evidence of the EC930 we’re inclined to agree.

Have you bought a new TV this year or are you browsing the Christmas markets for your new set? We’d love to you to share what you chose, why you chose it and what you think about it in the comments section below…