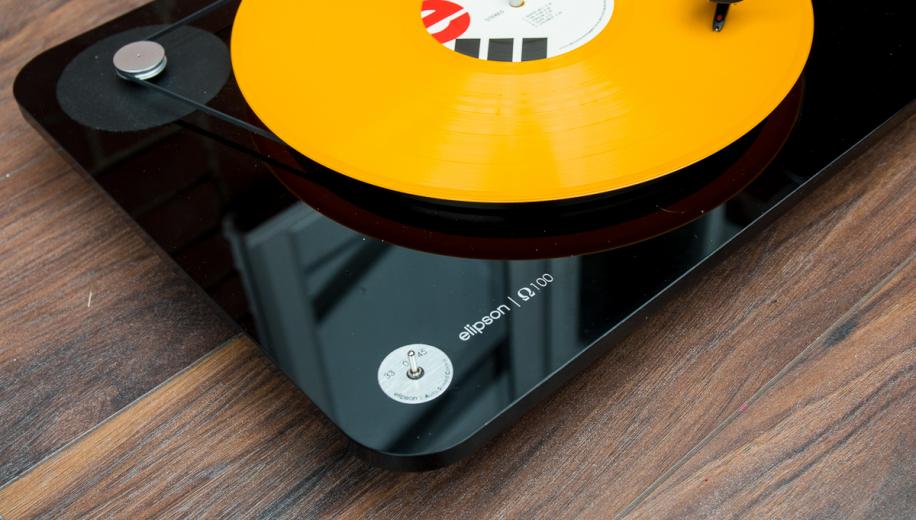 The very fact that turntables became mainstream review items for AVForums in 2016 should be enough to tell you that these are strange times to be a music fan.
There are various theories for what is driving this continued resurgence – people not actually playing the records they buy, the desire to own something tangible or indeed the fact that people are exceptionally bloody minded when they choose to be. Whatever the reason, the market is still something that companies want in on and we saw some interesting hardware as a result.

MORE: Sound Advice – What turntable is best for you? The Pioneer PL-X500 looks a bit (well, a lot) like a Technics SL-1200 but given that one of those now costs several thousand pounds, the Pioneer at £300 looks pretty solid value. 'Pretty solid' also applies to the build quality too. The Pioneer is an immensely well made piece of gear for the price and the motor assembly, platter and (to a slightly lesser extent) the arm all feel encouragingly hefty. As well as the normal attributes of a turntable, the Pioneer has a switchable internal phono stage and a unique piece of digital software that can be used to 'scratch' digital files. The performance of the Pioneer, like football punditry, is a game of two halves. Using the supplied cartridge and internal phono stage, it puts in a solid if not spectacular showing. Where the strength of the PL-X500 comes to the fore is that it offers a superb base for upgrades and performance tweaks. The review sample responded to a cartridge upgrade and use of an external phono stage in a wholly positive way and the result is a turntable that offers huge scope for long-term satisfaction. The very fact that Sony, the co-inventor of CD and all-round digital pioneers, released a brand new turntable in 2016 tells you everything you need to know about the current state of the market. Of course when you still have a whole tranche of digital audio products on sale and the compelling additional point of the High Res audio logo on many of them, you need a way of squaring the circle. This means that the PS-HX500 has the highly unusual attribute of being able to function as a normal record player and rip vinyl to high res PCM and DSD. The good news for Sony is that while the PS-HX500 is in the running for dullest looking product we reviewed all year, it sounds well sorted. The performance is nicely balanced, entertaining and consistently good, even with less than perfect pressings. The Sony doesn't simply exist for the slightly nihilist reason of doing itself out of a job. If you do want to digitise vinyl though, this is comfortably one of the very best options on the market. Thanks to bespoke software and a decent on board phono stage the Sony PS-HX500 can produce some very listenable rips. It's an odd product but it's also a good one. The overriding and most important facet of the Numark is that for £220, you can have a fully functional plug and play turntable with phono stage, electric speed adjustment and even a lid. Setup is simple, operationally it's a cinch and despite the rock bottom price, it is also well built and reasonably attractive in an 'also wants to be a Technics' sort of way. This is not and never will be the last word in vinyl replay but it is a hell of a lot of turntable for the money. So it proves in use. If you put a bit of effort into getting the Numark set up correctly, it delivers a sound that manages to convey big, powerful and propulsive audio that is consistently exciting. If you want to dip a toe in the water of analogue, this is a robust and capable way of listening to some records and deciding whether to stick with it. It has a bit of upgrade stretch and should stand up to years of use. The Numark TT-250 USB not perfect but it's also a bit of a bargain. Even in a booming analogue market, the Elipson is very, very unusual. Instead of badging somebody else's product or having something built to a broad specification, Elipson went and built everything themselves except the cartridge. This makes the Omega 100 fascinating because it contains few if any preconceived ideas about how to design things. This means you get a unique tonearm, innovative servo controlled motor system and a clever chassis to name just a few of the positive features of the deck. To add to the temptation, this is a seriously pretty turntable as well. If it didn't sound any good, this would all be irrelevant but thanks to a solid design and the decision to treat us to a very decent Ortofon OM10 cartridge, the Omega 100 delivers a performance that is endlessly musical and right at the top of the pile at the price point. There is a delicacy to the performance that can elude some of the direct drive models at this price and this makes the Elipson Omega 100 very easy to listen to across a wide variety of music. For a first attempt, this is a serious achievement. Replacing the Rega RP3 was a big deal for Rega. Even on the day it ceased production, it was more than capable of vying for top honours at the price point. It must be said, Rega didn't rush. Two years in development, the Planar 3 is the same basic design but everything has been carefully checked, revised, upgraded and fettled to make the player just that little bit better. The good news is that it still looks like a Rega and this means it is one of the most elegant and aesthetically pleasing audio devices you can buy for less than a grand. It's also one of the best. All the detail changes to the arm, bearing, platter and plinth give you a turntable that is quite simply excellent. It delivers everything that vinyl promises but so often doesn't quite deliver on affordable decks. If you buy it, you will have a sensational audio product that has huge scope for updates and the ability to deliver great sounds long after the boom has calmed down and people have moved on. Across the whole range of products I reviewed in 2016, the Rega Planar 3 is the one that probably represents the best all round device that passed through the process – it is a world beater.