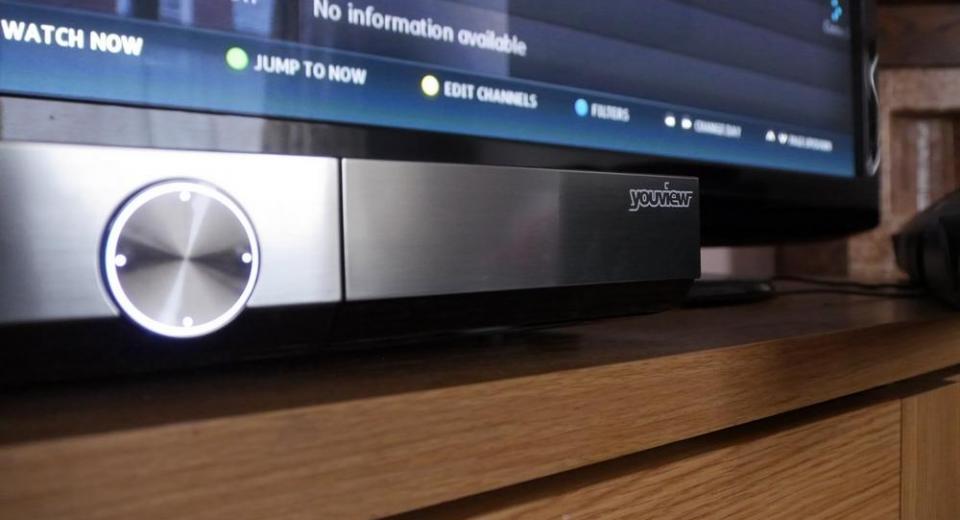 We’ve already brought you guides on what to watch this Christmas and how not to miss any of it but now it’s time to take a look on some devices that will allow you to do it.

Here are our picks for the best Personal Video Recorders on the market this Christmas.

It was the original Sky+ Box that was responsible for raising public awareness of the PVR in the UK. In fact to ‘Sky Plus it’ became the vernacular for setting a programme to record and features like series record quickly became favourites with the user base. Sky has since gone on to dominate the subscription TV market in the UK and now reaches more than 10 million of us. Fortunately Sky hasn’t rested on its laurels and continues to push the boundaries, both with their broadcast content and apps for PC’s and mobile devices. Since its first iteration, the Sky+ Box has grown massively in its capacity for storing programmes. With hard drives as large as 2TB installed in the latest Sky+ HD boxes, users can hoard around 350 hours of HD programming, which should be more than enough to take care anything you want to see this Xmas. Sky’s fairly radical overhaul of its homepage also means that the relevant catch-up services are more accessible than ever and the nation’s favourite PVR is another excellent choice for TV and Movie Lovers. The YouView platform has been a grower for us. From promising beginnings somewhat limited by operating software shortcomings, things have definitely got better. The latest recorder in the range is the Humax DTR-T1010 2TB, which is merely a storage-enhanced version over the existing models. It has all the UK catch-up services, i.e. BBC iPlayer, 4OD, ITV Player and Demand 5. There’s also a Netflix app so you can stream when there’s nothing else to watch. In terms of its recording capabilities, the DTR-T1010 2TB is extremely solid and reliable and includes excellent implementations of time-shifting, ‘ad-skipping’, chase play and series record. The app for mobile devices – available on iOS and Android) allows you to set recordings from outside the home, so you gave no excuse to miss anything. There are few PVRs better equipped for Christmas than Virgin’s TiVo box. It also is equipped with 3 e tuners, so there’s little likelihood that you’ll have any recording clashes and there’s the excellent TV Anywhere app available for iOS and Android that will allow you to stream your channels to tablet or smartphone. Of course, TiVo is also home to all the major UK catch-up services too, so if you did forget to record anything, you should be covered. The TiVo software also carries an (almost) unique facility to record on nominated key words, too, but you are going to need a lot of hard drive space if you choose ‘Christmas’ as yours. The Humax HDR-2000T is a compact and rather plain little box but connectivity options are quite comprehensive, although there's no built-in WiFi. Generally speaking, menus are user interfaces are a doddle to follow and this is the first Freeview HD PVR to provide access to their new App store. For an emerging platform the range of apps and services is not bad and includes the BBC iPlayer. Possibly the best feature built in to the 2000-T is its capability to stream recordings from off its HDD to other devices boasting DLNA compatibility. In effect, if you have something that fits the bill situated in another room, it gives you a chance to catch-up from any room around the home. There are lots of nice touches, such as being able to set global record padding, to prevent you missing the beginning or end of programmes and customisable time skipping so you don't have to watch the ad's. All in all, the HDR-2000T stands up as proof that Humax has been producing quality Freeview recorders for years and it’s a very good alternative to the YouView box mentioned above. You might well be the recipient of some movies on disc this Christmas, so why not get yourself a PVR that doubles up as Blu-ray and DVD player. The Samsung BD-H8900 is just such an all-in-one solution and with Samsung’s Smart TV platform very much geared toward content discovery, it will even suggest things to watch based on your viewing history. As a Personal Video recorder (PVR), the BD-H8900 is a very creditable candidate. The only real niggles we have is that you can’t access the EPG whilst watching a recording but, other than that, it’s a flexible recorder offering all the features you would expect including dual recording, chase play and series records. And now for something just a little bit different. If you are already a qualifying EE customer, you’d be bonkers not to grab one of these nifty little boxes, whilst they are available for nothing! The user interface is refreshing and the integration with phones and tablets is superb. As a Freeview HD recorder, it performs the nuts and bolts with aplomb but it’s with the unique Replay feature where it sets itself apart. Replay aggregates up to a whole day’s worth of programmes, from six nominated channels, and it might just change the way you view TV. In fact, you could say that of the entire package, with its ability to stream four different programmes to four separate devices, simultaneously. We would like to see more streaming apps added; ITV Player, 4OD and Netflix would be a good start but as a first attempt, EE has to be congratulated on how they have tackled producing this excellent little device. We hope you'll excuse us for giving you six of the best this Christmas but hopefully our guide has been of some use. You can look at all our other Festive and Buyers Guides here.
To comment on what you've read here, click the Discussion tab and post a reply.
Article Discussion (4)