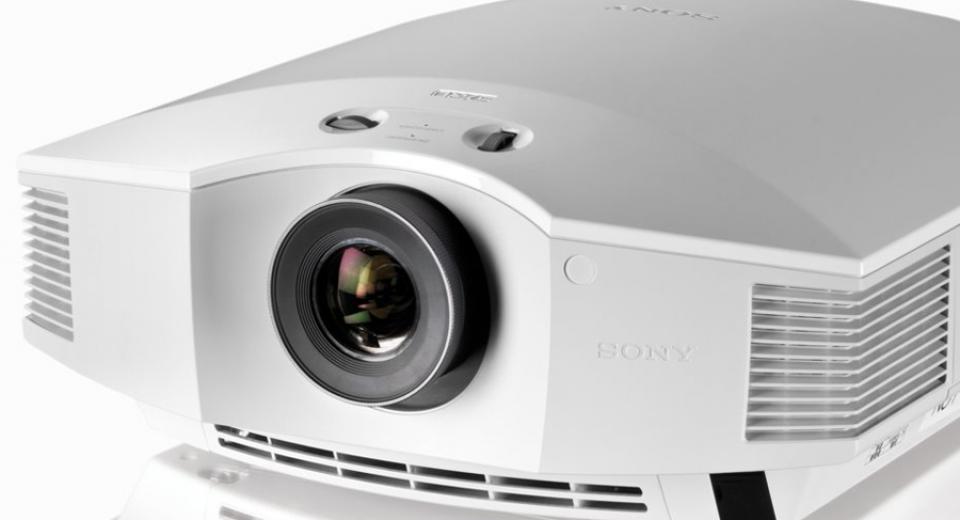 The size of the average TV is getting bigger each year but when it comes to recreating the cinema experience at home nothing beats a projector.

It doesn’t need to cost a fortune either, even a budget projector can deliver a screen size far in excess of the largest TV. A small projector will also take up considerably less space than a huge TV and you don’t even need a screen, you can just use a white wall. So if you are in the market for a projector what models have caught our attention this year? Well we’ve reviewed quite a few here at AVForums, from budget models that will set you back five hundred quid to Ultra HD 4K projectors that will set you back five thousand. Here is our list of the best projectors that we saw in 2014; all badge-winners and worthy of consideration. 
For the last few years BenQ have been quietly producing a range of budget DLP projectors that can deliver genuinely impressive levels of performance, especially when you consider their price. Whilst single-chip DLP won't be for everyone due to the rainbow artefacts that the colour wheel can produce, if they don't affect you then the W1400 represents a tempting combination of performance and value. The projector itself is reasonably well made, although the fans can get a little noisy and there was some light spill. The remote control is rather small and fiddly but the inclusion of a pair of RF 3D glasses is very welcome. Setup is simple thanks to the easy-to-use manual lens controls and the menu system is sensibly laid out.

There's a decent set of picture controls and the BenQ could produce a surprisingly accurate image after calibration. The 2D performance was very good, with bright images that had natural colours, great motion handling and plenty of detail. The black levels could have been better and shadow detail has never been a strong point of DLP technology, but overall the W1400 produced a pleasing image. As we've come to expect, the 3D performance was superb and the BenQ delivered an immersive and enjoyable experience, with images that were completely free of crosstalk. The BenQ W1400 makes a great all-round projector and the resulting big screen images are sure to please, especially when you consider the price. 
If you can afford a bit more then Sony’s VPL-HW40ES offers an exceptional level of performance and price. It has the design and build quality of the more expensive VPL-HW55ES and virtually the same feature set. The only major differences are the absence of a dynamic iris and there are no 3D glasses included but that's easily fixed. The out-of-the-box accuracy was superb and thanks to the included calibration controls, the Sony could deliver a reference greyscale and colour gamut performance. The video processing was also excellent, whilst the motion handling, black levels and shadow detail were also very good.

As a result the 2D images were excellent and almost indistinguishable from its more expensive sibling, even without the dynamic iris; whilst the 3D performance was also excellent, with bright and accurate images that were free of crosstalk. As an added bonus the Sony was also very quiet, even in its high lamp mode. Overall there really was nothing to fault this projector on, especially at the price; making it the obvious choice in the £1,000 to £2,000 price bracket. In fact the Sony VPL-HW40 is so good that it can compete with more expensive projectors such as Sony’s own HW55 and the next projector on our list.

A projector doesn't need much space and you could even use a white wall if you didn't want to put up a screen. 
The EH-TW9200 is Epson’s latest flagship projector and combines the attractive design and excellent build quality that we have come to expect from Epson. The are some great features, a well designed menu system and an effective remote control, whilst the inclusion of two pairs of RF glasses is a nice touch. There are plenty of connections including two HDMI inputs, one of which supports MHL. It’s a shame that Epson still hasn't included motorised lens controls but that won't be an issue if you use a 16:9 screen. The out-of-the-box performance was reasonable but thanks to the inclusion of a decent set of calibration controls, the TW9200 could deliver a near reference greyscale and colour performance after calibration.

It's also a genuinely bright projector, which is handy for big screens or less-than-ideal rooms, but it manages to deliver a decent black level at the same time. It might not be as black as a JVC and the dynamic iris isn't as well implemented as on a Sony but thanks to its impressive dynamic range the TW9200 more than holds its own. The level of detail is also impressive, largely due to good panel alignment and a decent lens, whilst the overall video processing is excellent. As a result, the Epson EH-TW9200 is a great all-round performer that can deliver excellent pictures in all environments. In addition the 3D is probably the best we have seen from any projector in this price price point, making it an ideal choice if you're a fan. 
When the Optoma HD91 was first announced it caused quite a stir because it was the first LED home cinema projector that approached anything like a sensible price. The projector itself is well designed and built, with a decent lens, plenty of connections, an intuitive menu system and a nice little remote. The 3D emitter and glasses are sold separately but Optoma have included a decent lens array, although the controls are manual. This precludes any lens memory feature but at least there is a simple lens shift control. The HD91 is reasonably quiet in operation although the fans can be a little noisy on occasion. We were pleased to see that Optoma include a decent set of calibration features and the HD91 can deliver an extremely accurate greyscale and colour gamut, especially after calibration; whilst the video processing was also generally good.

The use of LEDs as a light source delivers a number of benefits, including long life and consistency, and whilst not exactly a light cannon, the HD91 is certainly bright enough for most people's needs. The incidences of rainbows are heavily reduced thanks to the lack of a colour wheel but if you're especially susceptible you might still see them on occasion. The blacks are fairly mediocre but that tends to be the case with all DLP projectors, as does the limited shadow detail. Conversely the motion handling was excellent and the 3D performance was superb, which are both strong points of DLP. The HD91 is a remarkable achievement on the part of Optoma, delivering an LED light source and great performance at an attractive price. You might never have considered an LED projector before but the Optoma HD91 certainly deserves to be on your wish list.

The projectors on this list can produce images bigger than 100" but most cost less than a 65" flagship TV. 
Sadly JVC didn’t release any new projectors in 2014 but the excellent DLA-X500 is still available and since we actually reviewed the model this year it makes the list. It’s also had a price drop making it even more of a bargain than when it originally won a Best Buy badge. The overall design and the majority of features are the same as previous models but JVC have tweaked the menus, along with both the e-shift and the 3D performance. They've also added more features previously only found on their higher-end models and a dynamic iris. The latter seems rather redundant because as we would expect from a JVC projector the native blacks on the X500 are superb, as is the dynamic range and the level of shadow detail.

The out-of-the-box accuracy could have been better but the X500 delivered a reference performance after calibration and the video processing was also excellent. Whilst motion handling has never been a strong point of D-ILA, the use of e-shift appears to help matters here and the increase in the projected resolution did result in some very impressive big screen images. The 2D performance was highly detailed and natural looking, with a lovely film-like quality; whist the 3D was bright, immersive and largely crosstalk free. The X500 can also accept a native 4K signal which it then projects using eShift to create a more detailed image. The JVC DLA-X500 might not be a native 4K projector but it gets closer than anything else at this price. 
The Sony VPL-VW300ES is rather like the Ultra HD 4K version of the HW40 projector that we mentioned earlier in this article. The VW300 is essentially identical to the much more expensive VPL-VW500ES with the same design, image processing and features. The major differences are that the VW300ES drops the dynamic iris and lens memory but it also drops £3,000 from its price tag. The idea of a native 4K projector at a price point of around £5,000 was unthinkable just a year ago and that’s why we awarded a Best Buy badge in our review. If you want a native 4K projector right now, Sony is the only game in town and the VW300 is the cheapest ticket.

It also happens to be great projector that uses an attractive chassis and delivers an impressive level of the features and accessories. The setup is easy, the out-of-the-box performance excellent and the calibration controls effective. The VW300 might be missing the dynamic iris but the blacks are still surprisingly good and the projector delivered plenty of brightness. The motion handling was good for an SXRD projector, the 3D was immersive and Reality Creation took full advantage of the 4K panel when scaling high definition content. Although if you've got any actual 4K content to watch the Sony VPL-VW300 will deliver the goods and also provide you with a degree of future proofing.