The streaming stakes have never been higher 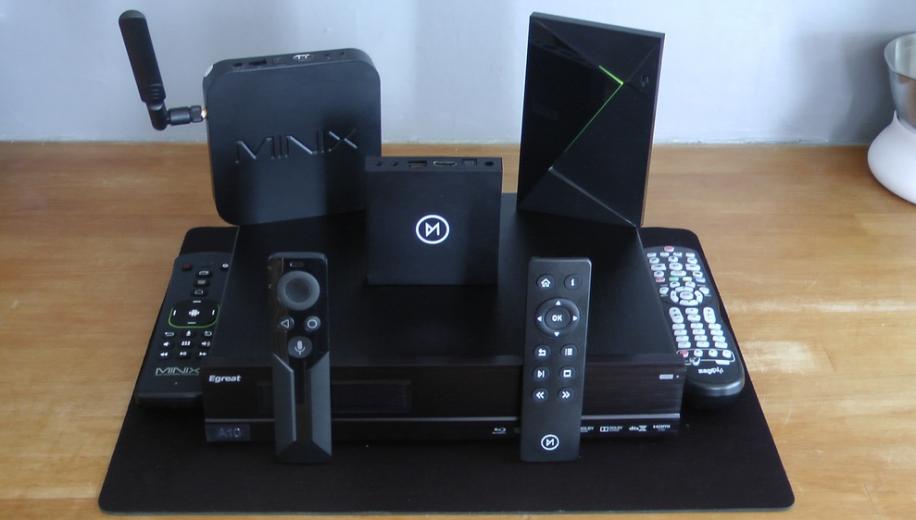 The popularity of video streaming boxes continues to surge on the back of the likes of subscription services such as Netflix or Amazon and free options like BBC iPlayer and YouTube but, arguably, it’s been the use – and misuse – of open source media software, KODI, that has given them the biggest boost.

To keep pace with developments in the industry, all of the boxes we’ve reviewed in 2017 have featured Ultra HD support with most even HDR capable, although Dolby Vision and HDR10+ are not yet on the spec list. One thing very much valued by a significant sector of the target market, is frame-packed 3D video support so this is definitely a prized attribute when present.

In terms of audio capabilities, many video-based streamers now support object based audio formats including Dolby Atmos and DTS:X on top of HD audio such as DTS-HD MA and Dolby TrueHD. A few even offer hi-res music playback up to 24-bit.

In an ideal world, there would be one device that could do everything but, alas, that isn’t the case so we’ll do our best to make this list as useful as possible when assessing your own requirements. Features: As an all-in-one solution for streaming services, local/networked media playback – both including 4K and HDR video – as well as playing high quality videogames, the NVIDIA SHIELD TV is a class-leading device, although the arrival of the Apple 4K TV may do something to change this. Since we reviewed the SHIELD TV, NVIDIA announced a remote-only version so if you have no interest in the gaming side of things, you can save yourself £10 off the MSRP. The SHIELD TV comes pre-installed with all the Google Apps you would expect – YouTube, Movies/TV, Music, Photos and the Play Store, of course, and also pre-loaded were PLEX (server and client) as well as Netflix and Amazon. There’s also a special, NVIDIA specific, BBC iPlayer app available while support for the SHIELD TV remains very strong in KODI and SPMC, meaning it will play back almost everything bar frame-packed 3D video.

BEST FOR: Those who want access to 4K HDR Netflix and Amazon plus want an excellent KODI and/or PLEX machine and like a bit of gaming, although the latter is not really obligatory. Features: There are three devices in the Zappiti 4K HDR series: the Zappiti Mini 4K HDR, the Zappiti One 4K HDR and the Zappiti Duo 4K HDR. The model reviewed was the Zappiti Duo 4K HDR which retails for £399, compared to the £299 and £249 the One and Mini, respectively. Other than for storage options, the models should perform identically. While the Zappiti 4K HDR range do run on the Android operating system, they offer a lot more than your usual TV box. Over the last few years the company has been building its own media ecosystem including mobile, PC and NAS (Networked Attached Storage) apps, cloud synching and a host of other features to make them stand out from the crowd. The Zappiti ecosystem is more comparable to PLEX than it is KODI and is emerging as a low budget rival to the Kaleidescape devices in the custom install market. All in all, the Zappiti Duo 4K HDR is a cracking home media streaming solution which very nearly qualifies for the rare accolade of plug'n'play and if you can live without any real customisation options, it comes Highly Recommended.

BEST FOR: A relatively plug and play solution and those that like a synchronised and rounded approach to media collection and playback. Features: The Neo U9-H is the latest flagship Android TV box from one of the very best manufacturers in the business and comes fully 4K Ultra HD capable, as well as providing playback of High Dynamic Range (HDR 10) video. Previous Minix products have impressed us with their reliability, build quality and extensive post-release software support and the U9-H is no different. Minix did take its time in releasing the U9-H to ensure it wouldn’t launch with any major bugs, in the first instance, as well as taking the necessary steps to ensure compliance with KODI 17, which is far more unforgiving of buggy Android firmwares than in previous versions. The result is that the Minix Neo U9-H provides probably the best out-of-the-box Android experience with KODI Krypton currently available, although it’s not without some issues.

BEST FOR: Those who want an excellent Android based solution for KODI 17 and up, together with a fuller Android experience than the TV version can provide. Features: The Egreat A10 is very much a direct competitor to the Zappiti 4K HDR, above. It too runs on the Android OS but Egreat would rather you forgot about that and instead considered it in the dedicated media player category. The emphasis is on playback via their own media player software, rather than relying on a third-party solution, i.e. KODI. The A10 provides a lot in terms of compatibility with a myriad of media formats including HDR, 4K, 10-bit HEVC, Dolby Atmos and DTS:X among the headliners. The Egreat A10 also boasts full Blu-ray ISO Menu support and 3D Blu-ray playback and is priced at £249.99 in the UK, although if you don’t need the built-in 3.5” SATA Hard Drive bay, the Egreat A5 should offer the same performance and feature set at the significantly reduced cost of £139.99. It lacks the bells and whistles of the Zappiti but provides a very similar raw media performance

BEST FOR: Those looking at a fairly no-frills media player solution and were attracted by the likes of the Zappiti but were perhaps put off by the price. Features: The Vero 4K runs on OSMC (Open Source Media Center) which, like the device itself, is something that's entirely built for purpose; in this case that objective is to run KODI, the world’s favourite (and arguably best) open source media centre software. The result of this marriage of custom hardware and software is that the Vero 4K runs super smooth (and fast) and comes with very few limitations. There’s effortless playback of HEVC Ultra HD content, up to 60 frames per second, including HDR 10 (High Dynamic Range) content. The Vero 4K also possesses a rare and extremely useful ability to automatically switch video output between Ultra HD and Full HD resolutions, leaving the scaling to your display, rather than the chipset, which is always the better option; it will also dynamically adjust the video refresh rate to complement the frame-rate of the content which, while not so unusual, is equally welcome. There’s also support for high-res (192Khz/24-bit), HD surround and object based audio, including Dolby Atmos and DTS:X. In fact the only thing really lacking, for the time being at least, is playback of frame-packed 3D video but that’s being worked on right now and should hopefully follow in an imminent software update.

BEST FOR: A pure KODI experience and in terms of future software support, it could well be the best. Features: The Apple TV doesn't just support 4K but also High Dynamic Range (HDR10) and Dolby Vision, making it the only sole-purpose media box to support Dolby’s High Dynamic Range format. The Apple TV is also a powerful beast, utilising the same chip as the iPad Pro. If you already have a large iTunes library or you simply want access to cheaper 4K HDR/Dolby Vision films then it's worth picking up for that alone. The Siri enabled remote certainly looks and feels high-end and the same can be said of the ATV 4K, itself, but the remote can be annoying to use and very easily misplaced. There is, at the time of writing, a major video bug with the Apple TV 4K imposing default colour and refresh rate settings, which can lead to poor video quality with certain apps but at least you can manually overcome it in the settings. Once it is running optimally, however, in terms of performance the Apple TV 4K impressed, with excellent image and sound quality. Although currently missing, Amazon and Dolby Atmos are on their way, which is good news, but Apple are unlikely to address the lack of VP9 support which means no 4K and HDR on YouTube.