Stand alone or multiroom, the choice is yours 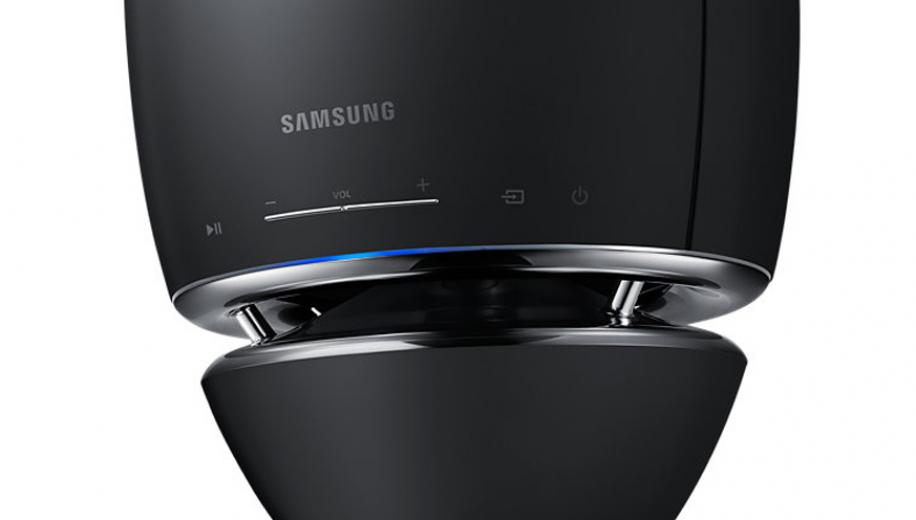 These days connecting your smart device to a speaker using a cable or dock is passé; instead a wireless connection is the preferred method but there's just so much choice where do you start when looking for a new wireless speaker?
The way that we listen to music has fundamentally changed over the last decade, with people moving away from physical media and large dedicated systems to smaller wireless speakers that allow for a far greater degree of convenience. Your entire music collection can now exist on a single device and streaming services like Spotify and Tidal allow access to a previously unimaginable library of songs. The idea of having to physically connect your smart device to a speaker via a dock seems quaintly old-fashioned and now you can use Bluetooth, AirPlay or your home network to wirelessly connect to a speaker and play anything you want. Recently manufacturers have also been developing multiroom systems which allow more than one speaker to work as a single system, enabling you to play different songs in different rooms or the same song in all rooms. On top of that everything can be be controlled from a simple app on your smartphone. So here, in no particular order, are our five favourite wireless speakers for 2015; each giving you a combination of value, features and performance. It seems hard to imagine now but in 2008 when Bowers & Wilkins launched the original Zeppelin there was an element of risk to them doing so. The original Zeppelin launched as an iPod dock and it is worth bearing in mind that since 2008, the nature of how we use these speakers has changed considerably. The idea of physically attaching players to speakers to make them work seems slightly old fashioned now. This makes the Zeppelin Wireless an interesting proposition because it's the first Zeppelin to dispense with the docking connection and rely exclusively on wireless connectivity. Since the initial launch of the first iteration of Zeppelin, the big speaker from Bowers & Wilkins has been seen as the sound choice at the price. Nothing really changes with this third iteration of the speaker but against the stiff competition that now makes up the market, it is impressive to see how the evolution and developement of the design has kept the Zeppelin near the top of the pack. Now shorn of physical connections, the Zeppelin is slicker, easier to use and more capable than ever before. Bowers & Wilkins seems to have taken the conscious decision to voice the Zeppelin to deliver an extremely consistent performance regardless of the input material and while this means that the last fraction of performance with lossless material might be missing, the staggering competence that the Zeppelin brings to a variety of sources is hard to ignore. Despite the zany appearance, the Zeppelin has always been a solid choice and this latest version is the best yet. HEOS by Denon is the company's first foray into the growing market for wireless multiroom sound systems. As with any multiroom system you can play one song in all rooms or any combination of rooms that you choose, as well as different songs in every room and you can also create playlists and personalise your experience. HEOS uses standard home wireless technology so you can use your existing router without the need for any new equipment such as a bridging device. There are a number of speakers in the range but the flagship HEOS 7 is a superb performer, with excellent build quality and lovely room-filing sound that more than justifies its price tag. Denon's HEOS system certainly has the right combination of choice, simplicity, flexibility and performance to compete with market leader Sonos. The pricing is also competitive and although, like most multiroom setups, you are essentially locked into Denon's ecosystem, the HEOS 7 manages to deliver the overall levels of performance that make it worthy of a highly recommended award as a wireless speaker on its own. The KitSound Cayman 2.1 Bluetooth wireless speaker uses a nicely designed plastic ported enclosure with 2 x 2.5-inch high frequency drivers and a 4-inch mid/bass driver with the HF speakers getting 10W and the mid/bass driver 30W. The Cayman sounds bigger than the specs suggest but at £99 something had to give and with similar products it would probably be a boxy and enclosed sound but generally good build quality. Here we get a standard of sound that you wouldn’t expect at the price but instead there have been corners cut with materials used, especially the flimsy remote that will probably break within a few weeks of use. However since you tend to buy a speaker for its sound quality, KitSound are onto a winner with the Cayman. The fact it can be used as a soundbar as well as a wireless speaker for music streaming just adds to its appeal. Yes, the build quality could be better, there could have been more inputs and even some HDMI ARC compatibility, but that would have added to the price point. What we have is a well-priced, great sounding product that fits very neatly in a price conscious area of the market and for those reasons it's worthy of a recommendation. The Samsung R7, or WAM7500 as it's also known, is the big brother to the R6 wireless speaker that we reviewed recently and it shares many of the same features. Like that smaller model it forms part of Samsung's multiroom system, offering the ability to form a network without the need for a hub. Instead you can connect your R7 directly to your network using your smart device and Samsung’s Multiroom app. It also uses 360 degree omni-directional sound to ensure that regardless of where you are in the room, the R7 can deliver an optimum level of sound quality. At a price of £429 the R7 isn't cheap but it delivered a winning combination of simplicity, design and performance. The appeal of the Samsung R7 is very much dependent on how you intend to use it but if you plan on listening to music whilst doing other things then the R7's 360 degree sound field is the answer. The fact that it manages to achieve this effect whilst still delivering a great sound is even better. The technology and build quality employed in the R7 might not be cheap but the result is a speaker that sounds as good as it looks, with an open and detailed sound field that retains a well balance combination of high and mid-range frequencies. Overall the R7 delivers a great combination of design, features and performance and whilst it can't compete with the precise imaging of a traditional stereo pair, that would be missing the point. The SRS-X7 sits second in the Sony pecking order, one below the SRS-X9 and directly above the SRS-X5, SRS-X3 and the SRS-X2. It boasts a very similar feature-set to the flasgship device - namely Bluetooth (NFC), WiFi, DLNA and AirPlay compatibility – but a more compact design. It also features Sony’s S-Master amplification technology and the Digital Sound Enhancement Engine (DSEE), which was developed to restore high range sound lost in the compression process to MP3 format. There’s also an app which integrates with many popular music streaming services. If we were shopping for a wireless speaker and had around £200 to spend the SRS-X7 would probably be our choice of the products we’ve tested. Yes, it can be a bit frustrating to setup but everything else is excellent once you have. The sound quality is superb, in its class, and it possesses extremely flexible connectivity options. It also looks great, feels very well engineered and you can use it away from the mains thanks to the inbuilt rechargeable battery, should you wish. The SongPal app makes it a breeze to control and integrates with a very generous number of streaming services, too. The Sony SRS-X7 is a cracking wireless speaker, well thought out and executed so it comes highly recommended.


So there you have it, five wireless speakers that offer value, features and performance. If you want the convenience of a wireless connection they all fit the bill and some even offer added benefits of multi-room capabilities. So what are you waiting for, at current prices there’s never been a better time to embrace the streaming revolution.
To comment on what you've read here, click the Discussion tab and post a reply.
Article Discussion (11)