Best Budget TVs for the Olympics

Bronze rather than Gold but definitely worth owning 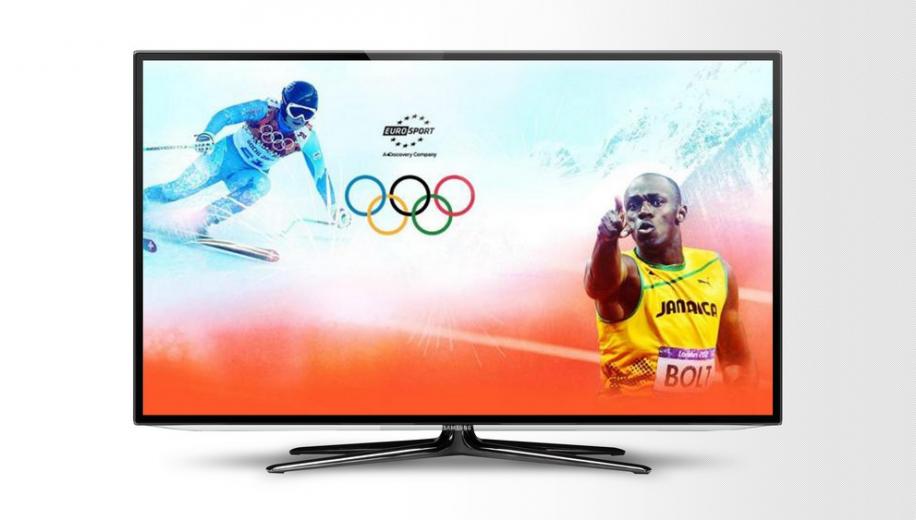 You don’t necessarily need a gold medal candidate to provide you with a good television, sometimes silver and bronze will do the trick.

With the big summer of sport now in full swing; with the Euro 2016 Football Championships and Wimbledon done and dusted - breathe a sigh of relief England supporters - we can now turn our eyes, and thoughts, toward the Olympic Games in Rio de Janiero which begin on August 5th.

While most of the TVs we get sent to review tend to be from the upper echelons of the manufacturer's product portfolio, we do get tossed the odd one of the more budget variety and, failing that, we can look to some higher-end models from 2015 when they're still available to buy. So, without further ado - and in to particular order - let's take a look at four reasonably priced televisions that are still medal calibre performers. While it’s not what you might term cheap, the Samsung UE55KS7000 can be bought for £1,499 and gets you a well future-proofed Ultra HD 4K TV with a 10-bit panel, a wider colour gamut, HDR support and Ultra HD Premium certification. There’s also a 49-incher at £1,199 and the 60” version available for £1,699. The KS7000 is blessed with Samsung's Ultra Black moth eye filter and their excellent Precision Black local dimming, which will really add contrast impact to those night time events. It is also very colour accurate, out of the traps, so you’ll have no trouble distinguishing the different hues of the vests, even when the athletes are on the other side of the stadium to the cameras. Importantly, for sporting content, motion handling is also good for an LCD TV and there’s some decent processing options available to possibly lend a hand, if you think it needs it. The KS7000 delivered winning pictures with all the images we threw at it, whether that be standard, high or, better still, Ultra High definition. The Samsung UE55KS7000 rarely puts a foot wrong, in fact, and it’s not just Olympic Gamers who will benefit as it’s fantastic for video gamers, too, with a very low input lag of 21 milliseconds. The Panasonic DX750 is available in a choice of three screen sizes: 50-(£1,099) , 58- (£1,299) and 65-inch (£1,879) so you’ll be getting to see The Games on a nice, large screen whichever you choose. The 50- and 58-inch versions include the unique 'Art of Interior' switch design stand, with chrome feet that can be poisoned in four different orientations to suit. The DX750 includes an excellent set of features, including 4K Pro Studio Master UHD and Studio Master HCX processing found in the silver and gold ranking DX802 and DX902. The DX750 is another that will lend those evocative stadium night shots added impact with good black levels and contrast performance and it’s also blessed with superb colour accuracy too. Not only did the DX750 deliver great 2D images in both Standard and High Dynamic Range (HDR) but it also acquitted itself very well in 3D as well. The Firefox Smart TV platform is also great and incredibly simple to use and Panasonic’s 2016 smart TVs also feature the major UK catch-up services, courtesy of integration with Freeview Play. Despite this TV being a 2015 model, it is still readily available online for between £649 and £699, which we think is a great price for such an accomplished set. There’s also the 40W805C (£399) and KDL-48W805C (£429) both still able to be purchased from various retail outlets. The W805C is a 1080p TV but that’s still fine, for most, and the Olympics won’t be available in Ultra HD anyhow. The design is typically Sony, i.e. it looks great, with a bezel so skinny it is barely there at all. Connectivity options are also very sound with 4 HDMI ports, 2 USB, digital audio out and the usual legacy video (Scart, Composite & Component) inputs included. Sony’s Smart TV platform is built on Android which gives you a lot of freedom as well as providing thousands of apps to choose from. Those include all the UK catch-up services and the ability to record to USB storage so your bases should be covered in terms of catching all the action. The motion handling of the W805C is also very good and the colour palette near spot-on, in the out of box Cinema mode. Unlike many of the 2016 TVs, the Sony W805C is 3D capable as well so it’s a great all-rounder currently up for grabs at a very attractive price-point. The Samsung J6300 is another one from 2015 but can still be bought online. You can purchase the 48-inch model at a highly reasonable £449. There’s also the UE32J6300 (£299), UE40J6300 (£349) and UE55J6300 (£699) all still available, so there should be something to suit your pocket and size requirements. The Samsung J6300 is among the most economical ways to get your hands on a curved television in 2016 and it’s a Full HD (1080p) model but the lack of Ultra HD 4K resolution is of no consequence as far as the Olympics are concerned for viewers in the UK. As well as the curved design looking very stylish, the base stand is also a looker and the UE48J6300 is also well appointed as far as connectivity goes, with 4 HDMI ports and all the legacy inputs you’re likely to want. As with all Samsung Smart TVs, you will be spoiled with the number of apps available via the Smart Hub, which includes BBC iPlayer for catching up on any events you’ve missed. As well as an impressive and comprehensive set of apps and Smart TV features, the Samsung J6300 also produces excellent picture quality thanks to good blacks and strong contrast performance, natural colours and some of the best video processing on the market. So, if you fancy the curves and are not bothered by the lack of Ultra HD, the Samsung J6300 is well worth a look.