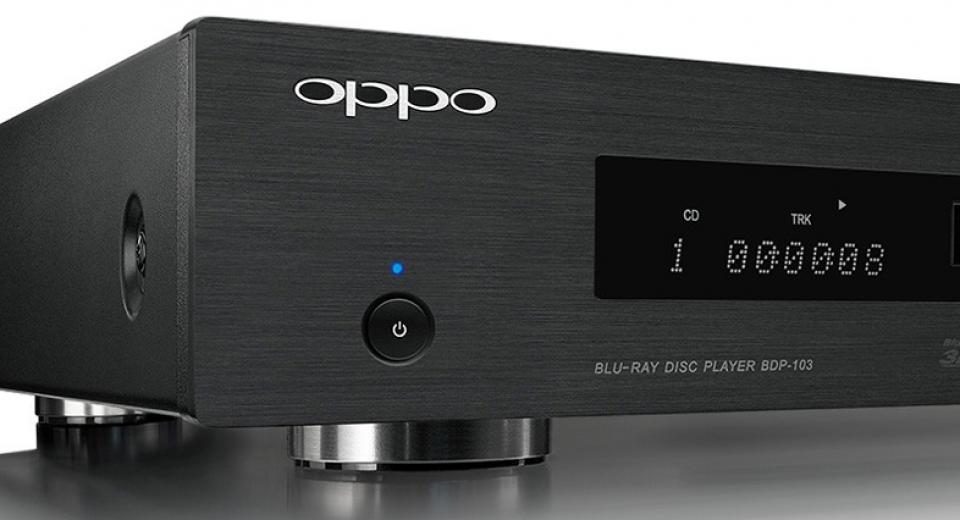 So you’ve got that new OLED or Ultra HD 4K TV and now you want something to watch on it.

Well there’s always high definition broadcasts or streaming services but, for the very best quality, nothing beats Blu-ray disc. The picture is superior to any other format thanks to higher bit rates and you can also buy 3D discs if the third dimension is still of interest. The lossless audio soundtracks are also vastly superior and now include immersive formats like Dolby Atmos and Auro3D, with a third from DTS waiting in the wings. If that wasn’t enough the players also include DVD playback with upscaling and a host of streaming features.

So forget Ultra HD 4K streaming and don’t worry about 4K Blu-ray, that’s years away if ever. No, for superior picture and sound right now Blu-ray is easily the best option. You also don’t need to spend a lot of money and as long as the player isn’t doing anything it shouldn’t, you can get superb performance for less than a hundred quid. Of course you can always spend more if you want better build quality and video processing or other features such as SACD or DVD-Audio playback but it isn’t a necessity for Blu-ray performance. So here’s our list of the best Blu-ray players we’ve seen this year, with models to suit all budgets.


The Sony BDP-S5200 is the cheapest of the Blu-ray players in this list but don’t let that bother you because over HDMI the performance amongst all these players is identical. The build quality could be better but the angled and black design is unusual, reminding us of a stealth fighter. The remote control and connectivity options are more pedestrian, with a single HDMI output, a coaxial digital audio connection and both wired and wireless LAN. The supplied controller is comfortable to use with well positioned buttons and shortcuts to the Smart TV features - which include Netflix, YouTube, Amazon Instant, iPlayer and Demand 5 plus access to Sony’s own Music and Video Unlimited services.

The Sony also supports the TV SideView app, available for iOS and Android, which acts as both an alternative remote and content companion with its database of movie and TV show information. Sadly the S5200 still uses the clunky XMB menu system, which has to be used for set up, but there’s absolutely nothing wrong with the Sony when it comes to playing discs. It handled 2D and 3D Blu-rays with ease and, provided you use the Standard picture mode, you’ll be seeing everything as it should be. Even your old DVD collection will receive an upgrade with some excellent scaling and deinterlacing. The player was reasonably quiet in operation and disc loading times were quite quick, which definitely enhanced the experience.

As long as they aren't manipulating the signal, all Blu-ray players should look the same over HDMI regardless of price.


The Samsung BD-H6500 might not look like much but there’s an awful lot hidden in that plain black chassis. A rounded-out front-right corner is the only concession to design flair but at around £100 you really can’t go wrong. There’s a large and very legible display panel just to the right of a tray loading disc mechanism, which is thankfully quiet during playback. Around the back are a very basic set of connections, limited to HDMI and S/PDIF digital audio outputs and a LAN port. You also get built-in WiFi and a USB input at the front, behind a drop-down flap. The included remote control is comfortable to hold and easy to use, whilst the glow-in-the-dark transport buttons can come in handy.

Navigating around the extensive menu system is simple enough and we like the fact Samsung has consolidated all its Smart TV features on to one page this year. These features include a wealth of video-on-demand and catch-up services, a versatile media player and a reasonably good web browser. In fact for the asking price, the H6500 would make a great Smart TV box before you even consider its capabilities as a disc player. Of course when it comes to the latter the H6500 is fully capable of a faultless performance with both 2D and 3D Blu-rays. In addition the superior scaling will give your standard definition DVDs a new lease of life whilst the inclusion of scaling to Ultra HD resolution provides a degree of future proofing.


The Panasonic DMP-BDT360 might appear rather plain and simple but like many of the other machines on this list there’s a lot on offer behind its front flap. The design is somewhat minimalist with a reasonable level of build quality; whilst the connections are restricted to a single HDMI output and optical digital output, along with a LAN port. The remote is small but comfortable to use and there’s a dedicated button for Netflix, along with BBC iPlayer and a decent media player. The BDT360 was quiet when playing a disc and reasonably fast when loading discs.

As is often the case with Panasonic Blu-ray players, the deinterlacing and upscaling of standard definition DVDs is excellent, so don’t give up on your older discs just yet. When it came to 2D and 3D Blu-rays the BDT360 was an impressive performer, precisely relaying exactly what was on the disc. It’s debatable how useful 4K upscaling will actually be but should you need it, the Panasonic can even do that. So if you’re looking for a great all-round performer that gets the job done without drawing attention to itself, the Panasonic DMP-BDT360 might be the player for you.

These days a Blu-ray player can offer more than just disc playback, with many offering extensive streaming capabilities.


The LG BP740 is the company’s flagship Blu-ray player for 2014 but despite that it won’t break the bank in terms of price. It’s also the perfect example of how far Blu-ray players have come over the last few years. The LG uses an attractive two tone finish, with a minimalist chassis design that includes a few basic controls, a simple display and a disc tray behind a drop down flap. The build-quality is reasonable and the mechanism is fast and responsive when playing discs and suitably quiet. The BP740 is a digital transport and, as such, there is only a single HDMI output, an optical digital output and an Ethernet port. However, there is also built-in WiFi, along with support for WiFi Direct and Miracast. LG also include a magic remote, which proved to be excellent and very useful for navigating the smart platform or playing discs.

The BP740 includes support for 3D Blu-ray and has excellent video processing, although it's debatable how useful the 4K upscaling will be. In terms of other features, the smart platform is excellent, with plenty of useful apps, and the networking is equally as good, with a decent level of file support. When it came to audio and video playback the BP740 delivered a flawless performance and 2D and 3D Blu-rays looked exactly how they should. The deinterlacing and scaling was also excellent with standard definition DVDs looking surprisingly good. The audio performance was just as good, delivering the digital source to our AV receiver without any issues. So whether it’s Blu-ray, DVD or streaming the LB740 will have all your bases covered.


Oppo have been making excellent Blu-ray players for a number of years and the company produces the kind of machines that justify their higher cost by offering superior build quality and processing, along with universal playback of SACD and DVD-Audio. The BDP-103D is a good example, it’s nicely engineered and constructed, with fast loading times, responsive navigation and almost silent operation. There are extensive connections, whilst the remote control and menu system are highly intuitive and easy to use. The audio and video performance is superb and the deinterlacing and scaling is amongst the best you will find anywhere.

The smart platform isn't as comprehensive as many of the other players on this list but the file support and network features are excellent. The BDP-103D includes the addition of Darbee Visual Presence and VRS ClearView, although how much importance you place on these features is a matter of personal taste. We always prefer our Blu-ray players to output a pristine signal from the disc itself with no additional processing or manipulation but thankfully you can just turn off the processing. If Darbee processing isn’t your cup of tea then you can save yourself £100 and just buy the equally impressive and Highly Recommended Oppo BDP-103EU.