Budget, Atmos or Reference - we've got an AV receiver for you 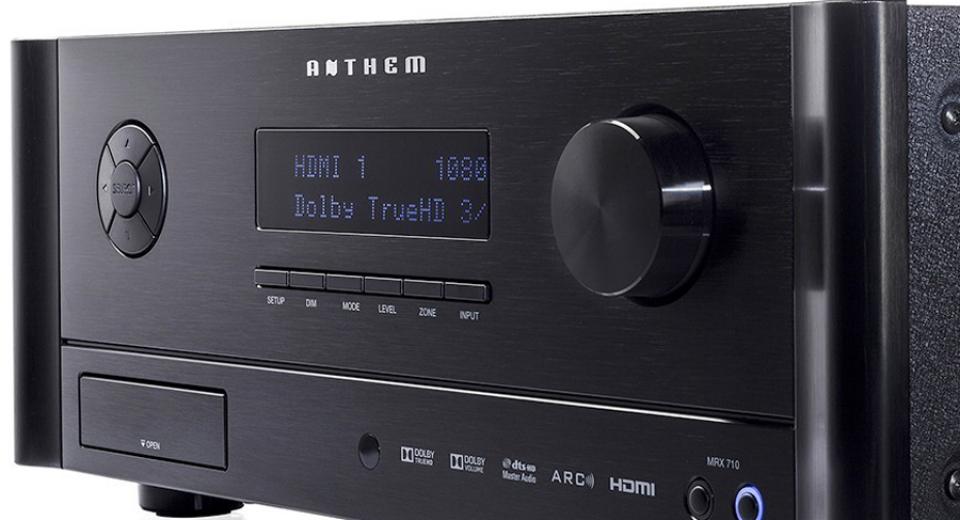 As any self-respecting audio-video enthusiast will doubtless know, the desire to upgrade your equipment can strike at any time.

Thanks to the launch of Dolby Atmos and most recently Auro3D, not to mention the upcoming DTS UHD format, your AV receiver might be looking a bit outdated and so your eyes turn towards that inevitable upgrade. Of course you might not even have an AV receiver and are instead thinking of taking your first steps into multi-channel surround sound. You certainly can’t beat a real multi-channel amplifier when it comes to taking your home experience to the next level. Whether it’s a budget model, new audio formats or reference-setting room equalisation, here are our best of 2014.

When you take into account it's £299 price tag, it's hard to imagine how the Denon AVR-X2000 could be much better. It has the classic Denon looks but with a simplified and far less intimidating front facia; whilst the build quality is very good for the money. There's an informative and easy-to-read display, a less cluttered remote, an intuitive menu system and a simplified set of connections that sensibly concentrates on HDMI. Setup is straightforward, thanks to the inclusion of Audyssey MultEQ XT and there are plenty of lifestyle features as well. There's DLNA 1.5 compliance and support for AirPlay, Windows 8, Spotify and various high resolution audio formats. There's also a good selection of video processing features, including 4K upscaling and passthrough.

There are seven discrete channels, with 95W per a channel, and 192kHz/24-bit DACs for each of those channels. The X2000 supports all the main audio formats and if you want you also have the option to use two of the channels for another room. In terms of the audio performance, the X2000 is clearly a Denon receiver with a bright and lively sound that is hugely enjoyable, especially with film soundtracks. There's plenty of bass, although it could have been better integrated and the X2000 sounded good with music, given the limitations of its design. So, if you're looking for an AV receiver with a great all-round performance at an incredible price, you really can't go wrong with the Denon AVR-X2000.

Dipping your toes into the surround sound waters won't break the bank, even if you want Dolby Atmos.

The Marantz SR7009 isn’t just the company’s latest flagship model but it’s also one of the first AV receivers to include support for Dolby Atmos. If that wasn’t enough it also includes nine channels of amplification, eight HDMI inputs and a host of features. There’s also built-in WiFi and Bluetooth, both of which are easy to setup. The build quality is good and the design is attractive with a small round display and a larger display under a drop down flap. Marantz have sensibly tried to make the SR7009 easy to use thanks to a clear and concise menu system, a simplified remote control and well laid out inputs and speaker terminals. There is also a highly effective setup wizard that is straightforward to follow and also uses Audyssey MultEQ XT32 room equalisation.

The SR7009 was very impressive when it came to all the main surround sound formats; the sound field was well defined and tonally balanced whilst bass was nicely integrated. Unusually for an AV receiver, the Marantz also retained a pleasant musical quality with two-channel audio and overall it delivered a refined and enjoyable performance. When it came to Dolby Atmos the performance was just as good, with a highly immersive experience. Along with the nine channels of built-in amplification, the SR7009 also has processing for a full eleven channels and if that wasn’t enough Marantz have just released an upgrade for Auro3D. When you consider that the Marantz SR7009 now costs £999, the level of performance and value is even more impressive and certainly worthy of a Best Buy badge.

The Pioneer SC-LX58 was the second Dolby Atmos capable receiver that we reviewed and it also delivered an impressive performance. There’s no question that the LX58 packs an awful lot into its well constructed and attractively designed chassis. You get nine-channels of Class D digital amplification, plenty of connections and more features than you’ll ever need. The addition of built-in Bluetooth is welcomed but it's about time the wireless functionality followed the same path and the setup was made easier. The menus are somewhat antiquated but conversely the remote app and AVNavigator features are state-of-the-art, whilst the MCACC automated room tuning software works well and produces plenty of pretty graphs.

The overall performance was very good and the LX58 delivered a large and muscular sound with movies. The surround performance was well balanced with precise localisation of effects and clear dialogue. When it came to Dolby Atmos the LX58 was equally as impressive and produced a wonderfully immersive experience. The Pioneer is limited to nine channels but it can run twin subwoofers whilst its delivery with two-channel music was precise and clear. The sound lacked a little warmth perhaps but for a movie fan the LX58 really delivers. The combination of exceptional build quality, performance and features certainly makes the Pioneer SC-LX58 worthy of consideration and at £1,399 it’s also competitive in terms of price.

The level of performance these days is exceptional and room equalisation software can perform miracles.

If there is one manufacturer that has pioneered the use of additional height channels over the last decade, it’s Yamaha. So we were very interested to see how they implemented Dolby Atmos and its additional overhead channels on their mid-range RX-A2040. The Yamaha certainly has the build quality and look that you would expect from a decent AV receiver and the construction eclipses some flagship models from other manufacturers. The A2040 has nine-channels of amplification, built-in WiFi and Bluetooth, a great set of features and support for just about every audio format imaginable. There's an extensive set of connections and a well designed menu system, although the remote control could be better designed and lacks a backlight. Still the remote control app is useful, the networking capabilities are excellent and the setup is straightforward.

The A2040 delivered a great overall performance with movies, the sound was excellent with an exciting and powerful multi-channel presence. The surround speakers were very active but nicely balanced, whilst the dialogue channel remained clear and focused. The low frequency performance was also impressive, creating an effective base for the overall soundstage. Two-channel music was equally as well served, even if the Yamaha could sound a little clinical at times. When it came to Dolby Atmos the A2040 didn't disappoint and Yamaha took full advantage of their years of experience to create an truly immersive audio experience. Ultimately the Yamaha RX-A2040 delivers a great all-round performance, even if it is a bit more expensive, and the combination of design, build, features and sound quality make it worthy of serious consideration.

Although Dolby Atmos is currently flavour of the month, the reality is that most of the available content currently uses more traditional formats. So if you’re looking for a seven channel receiver with state-of-the-art room equalisation then look no further than the MRX 710. The build quality is excellent, there are plenty of connections, a redesigned remote control and useful features such as 4K pass-through and upscaling. Anthem are also to be congratulated for having the courage to remove unnecessary analogue connections and for dropping pointless features to concentrate on what is important - sound quality. In order to achieve this they have updated their Anthem Room Correction software, with a completely redesigned user interface and an improved level of performance. Anthem also include a dedicated calibrated microphone, a tripod stand, a USB cable and a CAT5 cable as part of the package and the new software is easy to install and use.

The rest of the receiver is equally as easy to setup, thanks in part to a well laid out and intuitive menu system. The MRX 710 is also very flexible, with configuration for up to 20 different inputs and firmware updates over USB. The audio performance of the MRX 710 was simply stunning, with a wonderfully realised sound field that delivered precise localisation and effects. There was a superb level of detail in the performance, with lovely imaging and clarity. Dialogue was always clear, instruments sounded natural and bass was beautifully integrated. The overall performance was classy, subtle and controlled, never sounding overbearing but able to go suitably loud when needed. As we have found with previous Anthem receivers, the MRX 710 was cable of sounding wonderful with both multi-channel audio and two-channel stereo. The Anthem MRX 710 offers fantastic value at £1,849 and is, quite simply, the best sounding AV receiver that we have reviewed to date - hence the Reference Status award.