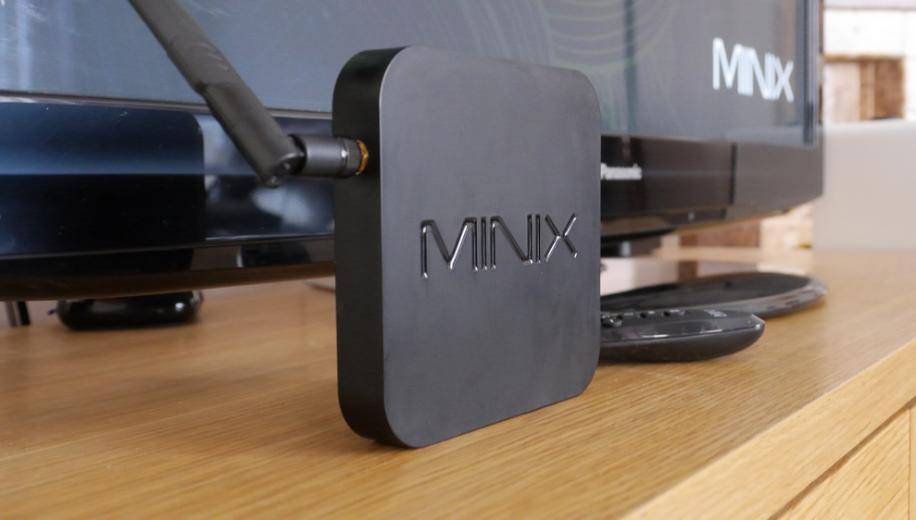 We've spent the last few months intensively testing the leading Android Media players on the market and here's the cream of the crop, in terms of KODI / XBMC, OpenELEC and general Audio Visual performance.
This is a product sector we’ve only been giving serious attention to recently. Given this is AVForums.com, we’re particularly interested in the audio visual capabilities side of things but if you think of these devices as a tablet that’s attached to your TV, instead of having its own screen, then you’ll get an idea of just how much versatility they have, with literally hundreds of thousands of Android apps to go at. Another way to think of them is as a device that will instantly upgrade your television to a Smart TV, so let’s see what the best ones on the market have to offer.


The Minix X8-H Plus remains our go-to Android media hub and with an ongoing steady flow of software updates, it keeps on getting better. It’s one of the more expensive devices in the sector, with online prices typically between £100 and £120, but we think it’s worth that bit extra. The X8-H Plus is equipped with a powerful Quad-core Amlogic S812 ARM processor backed up with a dedicated octo-core Mali-450 GPU and bolstered by 2GB of DDR3 RAM. It comes running Android 4.4 (KitKat) and features dual-band (2.4/5Ghz) WiFi compatibility, which is excellent news in terms of HD video streaming. In-built storage comes courtesy of 16GB of eMMC flash memory but you can expand that with an external SD card or via USB storage. Aside from the excellent manufacturer support the X8-H Plus distinguishes itself with 4K HEVC decoding and flawless automatic refresh rate switching to ensure your video looks as it should, plus there are other special features including HDMI CEC, Harmony remote support and SMB sharing. If you’re buying this machine for KODI/XBMC, you’re also in for a treat as Minix’s status as Diamond Sponsor of the XBMC foundation means the chipset is extremely well supported in KODI; using the VidOn fork you are also able to playback 3D ISO and pass-through 7.1 HD audio and there’s even a fully functional version of OpenELEC available for the X8-H Plus for real fanatics of the platform. This one is the Daddy!


The HiMedia Q5 is another very strong contender and it also receives excellent manufacturer support in terms of software upgrades. To our knowledge this - along with its HDD equipped sister product Q10 - is the only box with (sorta) out-of-the-box support for both 3D ISO and 7.1 HD audio. It will set you back about £99 in the UK and boasts a Quad-core HiSilicon Hi3798C (ARM A9 family) processor running at 1.5 Ghz, similar in capability to the Amlogic S802. As with most in this price bracket, there’s an Octa-core Mali-450 GPU and 2GB of RAM, plus 8GB of built in flash storage. Wi-Fi capability is restricted to the 2.4Ghz (a/b/g/n) band but Gigabit LAN could be more than compensation for some. It’s with local and networked stored media where the HiMedia Q5 really shows its mettle and it handles virtually everything you care to choose to throw at it with ease, via KODI or the built-in player. HiMedia has also recently improved the handling of content encoded at 23.976 frames per second (most movies and Blu-rays and usually labelled as 24p) and it now plays them without any stutter at all. Unfortunately, the Q5 can’t automatically detect framerates from internet streamed content, so you’ll need to manually adjust the settings there, and there is a small complexity in installing a special ‘wrapper’ app to get the best playback. The HiMedia Q5 is an excellent Android TV box, competitively priced, with some unusual native abilities that others can’t match out-of-the-box. As with them all, there are some niggles and you’ll need to define your requirements carefully before hitting that buy button.


Strictly speaking this isn’t quite an Android box, as it comes running Amazon’s own operating system but since that’s totally based on Google’s platform, you can still run many Android apps on it by a process known as side-loading. One of the problems with ‘standard’ Android media players is that many of the major video streaming services – including Netflix, BBC iPlayer & Amazon Instant - throttle the apps with Standard Definition output resolutions, which is galling, but you get the full fat versions with the Fire TV and with the right skin, you can integrate them pretty seamlessly within KODI. Unfortunately Amazon took the rather misguided step of pulling KODI from their official app store but it’s easy enough to get it running and the Fire TVs impressive hardware means it runs very well. The Fire TV is powered by a quad-core Qualcomm Snapdragon processor supplemented by 2GB of RAM. There’s also a dedicated graphics processor, the Qualcomm Adreno 320, as seen in some high-end smartphones/mid-range tablets and Amazon makes a great play on its gaming abilities, with many games natively supporting the dedicated Amazon Fire TV game controller. Video purists might want to give this one the steer, however, as the Fire TV doesn’t possess any worthwhile frequency switching capabilities but it will do just fine for most and comes with the nicest remote control of the bunch. The Amazon Fire TV is usually priced at £79, which is competitive enough, but there are regular offers so it’s worth keeping your eyes out for those. For those on even more of a shoestring budget, the Fire TV Stick is also well worth a look but don’t expect the same snappy response and gaming capabilities of the box.

Whilst in some respects the NVIDIA SHIELD Android TV isn’t quite as versatile a media streaming device as the likes of the Minix X8-H Plus or HiMedia Q5, we think the SHIELD TV is the reference point in the streamer/micro console space. The likes of the new Apple TV, Roku 4 and new 4K Amazon Fire TV have a real fight on their hands with this new contender. It is incredibly powerful and, especially with the gaming side of things it offers possibilities and quality the others can’t match. You also get access to the Google Play store, albeit a slimmed down version, but it’s one of very few boxes entitled to stream Ultra HD Netflix. It’s more future-proofed than the latest Fire TV with 4K support at 60 frames per second, too, but it could use a few more native apps for streaming. KODI performance was generally excellent, with full support for automatic refresh date switching, available right now, and support for the SHIELD TVs ability to pass-through 7.1 HD audio is on the way. It might not be quite the perfect media player – and the fact you have to shell out an extra £40 if you want a ‘conventional’ TV remote but it is an awesome little all-in-one solution for those that want to game and stream video.

And now for something just a little bit different. The Wetek Play is unusual in the fact that it sports a TV tuner, meaning it provides built-in PVR capabilities. There are DVB-S/S2 and DVB-C/T/T2 versions available for around a hundred pounds each, so it doesn’t matter whether you receive your TV via satellite, cable or digital terrestrial means. We will preface this by saying our experiences with the DVB-T(2) version were somewhat tarnished but we know the satellite version works well here in the UK and it’s a good box, almost regardless of the tuners. It goes from good to great, however, if you install OpenELEC, instead, of Android as the not-exactly-state-of-the-art chipset seems to struggle with multitasking. It sports a fairly dated AMLogic AML8726-MX (1.5Ghz Dual Core) processor together with a Mali MP400 (Dual Core) GPU, backed up with 1GB of RAM so it didn’t benchmark all that well compared to others in the list. Still, all that was forgotten once we were up and running OpenELEC which provided a smoother KODI experience than the rest with ultra-fast load times and seamless refresh rate switching. The included remote is also better than the other pure Android boxes we’ve tested, thanks to the built-in gyroscopes offering gesture based pointer control. Wetek is also a sponsor of the XBMC foundation, as well as that of OpenELEC, so you can only expect things to improve further as time moves on.


If the Wetek is unusual then the Zidoo X9 can probably described as a curio with its one particular special power. This one can act as video capture device by recording to its built-in HDMI input and that’s something that will appeal to gamers who like to show off their prowess. The X9 utilises a Mstar MSO9180D1R 1.5Ghz quad core processor and has 2 GB of DDR3 RAM; like many above, the GPU is a Mali 450. There’s also 8 GB of built-in flash storage and dual Wi-Fi antennas with support for 802.11n at 2.4 and 5GHz. The Zidoo X9 runs Android version 4.4.2 out of the box and comes with an effective remote which makes navigating the ever-so-snazzy user interface very simple. Like every device we’ve chosen for review, the X9 comes with really good manufacturer support and, at the last count (July 2015), we were on the ninth software update since its release just a few months ago. While the chipset can’t match the overall power of the Amlogic S812 devices out there, in terms of container and codec support, the Zidoo X9 fares very well. It gains a very impressive Antutu Video Benchmark score of 888 ( the best score we’ve seen, so far, is 1061 by the Minix X8-H Plus) and it plays almost everything you could care to mention it very well. The biggest issue(s) we had with the X9’s video performance was a lack of a 1080p24 in the video output settings and there is also no provision for automatic refresh rate switching. This is a big deal for movie purists as it means the TVs refresh rate isn’t a match for the content’s frame rate and the results are less than filmic playback, with a slightly unnatural video feel. We have spoken to Zidoo about this and it seems the chipset can’t handle the task but their latest product, the X1 (review coming soon), has built-in 24p detection and frequency switching so they clearly do listen and respond to feedback. If you think you can make use of the HDMI recording – and of course you’re looking at an Android streaming box for other uses – the Zidoo X9 is a very neat all-in-one solution

Whilst we have tested lots of these things, the list can never be exhaustive as, frankly, there are so many of these devices available. We will keep this list right up to date, however, as and when new products are tested and deemed worthy of inclusion. AVForums lives on the idea of a free flow of information, ideas and opinion so what we would really like is for you to share your experiences and tell us which box you think is the best in the discussion thread.