Five of the best budget TVs on the market Christmas 2015 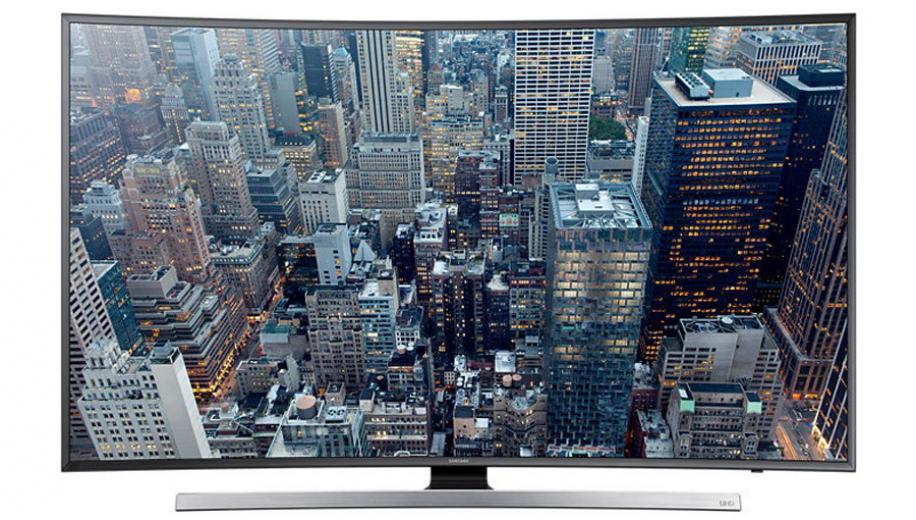 The majority of televisions we've seen this year have been Ultra HD 4K LED/LCD models, which is a sign of the times, so it's no surprise they take up all the slots in our run down of the top budget TVs as we approach Christmas 2015 and the New Year Sales.

You can't necessarily expect absolutely all the latest features - such as HDR support - but there's probably no better time to buy as retailers chase the last-minute money, while manufacturers are equally keen to shift stock that will soon become end of line. We’ve seen our fair share of TVs in 2015 and here are our Top 5 Budget picks. We must stress these TVs are listed in no particular order. Upon its release in May 2015, we posed the question, ‘Is this the first mass market 4K TV?’ and that was when the price was a whisker under £1,300. At its widely available Christmas 2015 price of around £850, it really is an excellent buy. The UE55JU6400 has an attractive but minimalist design and whilst the build quality could be better, compromises need to be made at this price point. Thankfully there have been no compromises made when it comes to picture quality, with the JU6400 delivering a highly accurate image right out of the box. The UHD 4K performance was excellent, the black levels good for an LCD TV and the video processing was impressive. As a result even non-4K content looked great and the input lag was extremely low, making it ideal for responsive gaming. The 55JU6400 also includes Samsung’s latest smart platform which is powered by the Tizen operating system and its now replete with probably the best selection of video streaming apps in the sector. The JU6400 doesn’t support a wider colour space or high dynamic range (HDR) but perhaps its biggest limitation is the narrow viewing angles. The Samsung UE55JU6400 delivers a great package for its asking price, making it another great choice for anyone looking to take their first steps in the world of Ultra HD 4K. If you're on a budget or just fancy testing the Ultra HD 4K waters without committing too much money, then the Philips 50PUT6400 is definitely a good choice. It provides enough features and specifications to keep it relevant in a fast-changing world, whilst doing so at a previously unheard of price point for a 50-inch 4K TV from one of the big names. The build quality is reasonable, although the construction does use a lot of plastic but at least the metal stand swivels. The input lag is too high for serious gamers but if you're concerned about energy consumption the Philips is very efficient. The Android Smart TV platform also shows promise. In terms of future proofing the PUT6400 only uses an 8-bit panel, its colour space isn't any wider than Rec.709 and although it's reasonably bright it doesn't support HDR. In terms its performance the PUT6400 delivered a very good picture with the decent blacks and backlight uniformity mitigating the absence of more advanced features like local dimming but the excellent upscaling and natural colours meant that even lower resolution sources looked good on the Philips and 4K content could really impress. The PUT6400 might not be perfect but it gets a lot right and manages to deliver a very respectable performance. It's also hard to argue with a £599 list price, so if you're looking to take your first steps into a higher resolution world, the Philips 50PUT6400 should certainly be on your short list. The Panasonic CX680B is another entry level Ultra HD 4K set with a number of enticing features including Firefox OS Smart TV and a high brightness VA panel. The design features a stand which is an all-in-one loop making placement on normal TV stands easy. In terms of connections, there are enough here to keep most end users happy, although there are only three HDMI slots. All three are 4K 60/50P HDCP2.2 compliant which means they will handle future UHD formats going forward and as the CX680 is not HDR capable it doesn’t require any further updates. The whole smart experience is easy to use and has a nice interface that the whole family will be able to get to grips with. There are a very good selection of apps available, too, including Netflix, YouTube and Amazon all offering Ultra HD content. Since we reviewed the CX680, Freeview Play has also been added to the platform. The image quality out of the box was also excellent with strong contrast, accurate colours and good screen uniformity. All in all the Panasonic has all the ingredients to make it a Best Buy, especially at its current (December 2015) £650 price-point. We reviewed the 65-inch UF850V earlier in 2015 but we don’t expect the 55-inch version will prove to be much different. The LG UF850V is a mid-range TV that is designed to offer an attractive design, a decent level of build quality and a solid all-round performance. In that sense it is a resounding success, with a classic appearance that uses a reasonably slim panel and a few touches of silver to stand out from the predominantly black colour scheme. The build quality is very good and the 'ribbon' stand looks attractive, although you will need a wide surface on which to install the TV. There are plenty of connections, the features are extensive and WebOS remains as impressive as ever. Thanks to the larger screen size and the 'ribbon' stand, the audio performance is surprisingly good, whilst the input lag will be low enough for most people. In terms of the image quality, the out-of-the-box accuracy was good but could have been better, although the calibration controls were very effective. Equipped with an IPS panel, the black levels were never going to be great but the viewing angles are extremely wide and the local dimming was effective. The panel uniformity was generally very good, although there was occasional banding on camera pans. However the UF850V can deliver bright, accurate and detailed images that are sure to please and the 3D was superb for those that are still interested. You can pick up the LG 55UF850V for around £850 which is a very decent price for a very decent television. You can pick the 48-inch Samsung JU7500 up for under £900 at the moment which we think represents great value for one of the manufacturers better specified TVs. It’s a definite step-up on the JU6400 listed above, although the curved screen might put some off. The JU7500 brings a lot to the party in terms of features and performance but manages to do so at a very tempting price. The UE48JU7500 includes a direct backlight which results in excellent screen uniformity that was free of bright corners or edges but also managed to avoid visible banding as well. The out-of-the-box accuracy was also excellent, which is good news because the reality is that most people won't get their JU7500 calibrated. The video processing is also excellent and all these factors combined to deliver an impressive performance regardless of whether the source content was standard, high or ultra high definition. The JU7500 also comes with the Mini Connect box and two remotes, one of which is a handy motion controller. There are features galore including Samsung's new Tizen powered smart platform and the input lag was one of the lowest we've measured. If you're on a semi-restricted budget and looking for an Ultra HD 4K TV that can deliver a great performance right now, then the Samsung UE48JU7500 could be the one for you.

So there we have a handful of excellent value TVs for you to consider in the Christmas sales, please feel free to share any bargains you've spotted in the discussion.