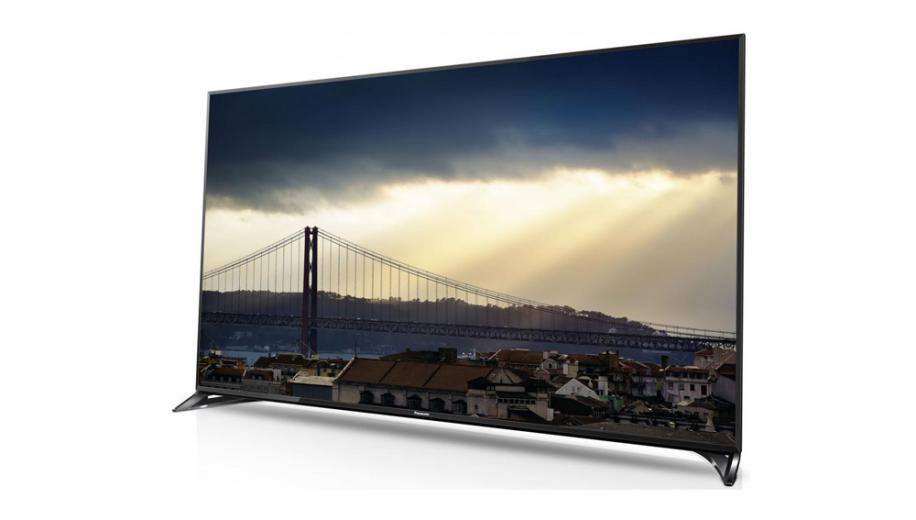 As the end of the year approaches, there is probably no better time to pick up a new TV.
The final quarter brings together a perfect storm of buying opportunities, starting with Black Friday and leading into Christmas and then the New Year sales. If the retailers cutting prices wasn’t enough, you also have all the manufacturers trying to clear their inventory before CES and the new models arriving in the spring. As a result even high-end models that can cost eye-watering amounts in March are heavily discounted come December, allowing the canny shopper the chance to pick up a real bargain.

The trick is of course knowing which are the best buys and since AVForums reviews just about every major brand TV released in the year, we’re on hand to help. This year has been particularly difficult with a number of changes in the TV industry providing plenty of opportunity for consumer confusion. If you’re not sure what you should be buying, you can start by taking a look at the ten features your next TV must have and also finding out what the difference is between an LED and an OLED TV. Once you’ve done that, here are our choices for the best Ultra HD 4K LED TVs over £1,000. They are listed in no particular order. The JS9500 is Samsung’s flagship Ultra HD 4K LED TV for 2015 and the manufacturer, who has been quite vocal in their continued support of LCD technology, believes that as things currently stand it provides the best way to effectively deliver the kind of performance that UHD is going to require. That's because we're entering a period of changing TV standards, with Ultra HD adopting a number of additional improvements including 10-bit video, a wider colour space and high dynamic range (HDR). The 65JS9500 represents the very apex of LED LCD development and includes every technology that Samsung currently has to offer including a curved screen, direct LED backlight, active shutter 3D, octa-core processing, a One Connect box and their latest Smart TV platform powered by the Tizen operating system. As a result it originally had a price tag to match, costing £5,999 when we reviewed it back in March but now you can pick one up for a rather more tempting £3,499.

Samsung intended the JS9500 to be their definitive statement on the future of Ultra HD and so it proved with 4K resolution, 10-bit video, a wider colour space and support for HDR. Perhaps more importantly it also delivered an impressive picture performance with image accuracy that was nearly reference right out-of-the-box. In addition the highly effective calibration controls helped deliver measurements that were essentially perfect. The use of a direct LED array resulted in an extremely uniform backlight, the VA panel delivered excellent blacks and the local dimming was genuinely effective. The video processing was also very impressive, the motion handling very good, the 3D fantastic and the input lag exceptional. In terms of issues the viewing angles were limited, there was some slight banding and undefeatable frame interpolation on 3D content but these were all minor. Ultimately the design, build quality, performance and features combined to make the Samsung UE65JS9500 one of the best TVs of 2015. The UF950 is LG’s flagship Ultra HD 4K LED TV for 2015 and as such it incorporates a striking design with an ultra-slim flat panel and LG’s new ‘auditorium’ stand, which has been designed to improve the sound quality. The UHD IPS panel includes ColourPrime for a wider colour space and a 4.2-channel speaker system designed by Harman Kardon. There is also the latest version of WebOS, the Magic remote and support for passive 3D. When we reviewed the 55UF950V back in May it cost £2,399 but can now be picked up for £1,499.

The UF950V certainly delivers a very solid all-round performance, with a striking design that is both attractive and well built. It's also decidedly flat, making it a good choice for those who have yet to be convinced by the allure of the curve. The out-of-the-box image accuracy is excellent and we're glad to see that LG have fixed the bugs with their calibration controls, allowing us to get reference measurements from the 55UF950. When you combined the accurate and natural images with the Ultra HD panel and excellent video processing the results were impressive. Since this is an IPS panel the native black levels were fairly mediocre but the local dimming worked well and the viewing angles were very wide.

In terms of other features, the UF950V has everything you would expect from a flagship model. Since this is an LG TV there's passive 3D included and thanks to the 4K panel it looks superb. There's a surprisingly good level of sound quality thanks to the built-in Harman Kardon audio system and the new 'auditorium' stand. The WebOS powered Smart TV platform remains as effective and intuitive as ever and the Magic remote is still a joy to use. LG have made great strides in improving the input lag on their latest TVs and the UF950 delivered their lowest measurement to date, making it great for gaming. In fact for just about any viewing environment the LG 55UF950V makes a great all-rounder with an accurate picture and plenty of features. The CX802B is Panasonic’s current flagship Ultra HD 4K LED TV and it has been designed to incorporate as much of the manufacturer’s proprietary technology as possible. Panasonic’s ambition is to deliver images 'just as the content creators intended' by building TVs that adhere to the industry standards. To do this the manufacturer has developed their 4K Studio Master processing to deliver greyscale and colour accuracy that can consistently match the standards used by film and TV makers the world over. Panasonic have also reacted to some of the criticisms aimed at last year’s AX902 and whilst the 55- and 65-inch versions of the CX802 also have a direct LED backlight, they now use a VA panel rather than the AX902’s IPS panel. Panasonic have also tried to keep the price down, another criticism of the AX902, so the CX802B has local dimming but with less zones.

The 55-inch TX-55CX802B would have set you back around £2,199 when we reviewed it back in July but you can now pick one up for a very tempting £1,399. The 55CX802 only uses an 8-bit panel but it does support High Dynamic Range (HDR) and it has a wider colour gamut, although it can’t reach full DCI. In other respects the CX802B is every inch the flagship model with an attractive design and a new stand, which is good news because last year’s version weighed a ton. There are two remotes, one of which is a new touch pad controller that is designed to be used in conjunction with Panasonic’s Firefox powered smart platform. The CX802 also supports Freeview Play and active shutter 3D, although no glasses are included. The overall performance was excellent, with an accurate out-of-the-box performance, natural colours, great processing and improved blacks courtesy of the VA panel, making the Panasonic TX-55CX802B a great choice for a flagship bargain. The curved JS8500 Ultra HD 4K LED TV represents the entry level model in Samsung’s SUHD TV range. As such it uses Nano Crystal technology, which is Samsung's proprietary version of quantum dot, to create a wider colour space that is 92% of the DCI standard. There’s also edge lighting with more efficient LEDs, a newer brighter panel that allows it to support High Dynamic Range (HDR) and 10-bit video, quad-core processing and a One Connect Mini box. When we first reviewed the 55-inch 55JS8500 in June it retailed for £2,350 but is now on offer for a rather more attractive £1,499.

That’s not the only thing that’s attractive, with a gentle curve and a base that swoops in tandem to provide a super-sleek design. The JS8500 also features great connectivity with no less than four HDMI 2.0/HDCP 2.2 inputs housed in the One Connect Mini box. It’s all curves at Samsung these days, even one of the remote controls is curved but it is also highly effective in providing motion pointing and voice control which really come in to their own when using the Tizen Smart TV platform. The new smart system works very well and includes all the important Apps such as BBC iPlayer, Amazon Instant and Netflix.

Thanks to its very strong contrast and excellent colour palette, the 55JS8500 made 4K images look predictably superb but, to be fair, any other resolution also looked smashing. The dimming system employed is not without flaws however – and certainly not as good as that on the more expensive JS9000 – but impressive native black levels and generally excellent dark screen uniformity mean you won’t necessarily need it. In fact overall the UE55JS8500 proved quite a performer, delivering many of benefits of the JS9500 and JS9000 but without the higher price tag. So what was already a bargain back in the summer is even more of a bargain now that winter is here. The KD-75X9405C is Sony's flagship Ultra HD 4K TV for 2015 and represents the zenith of the manufacturer's development of LCD technology. Aside from the huge 75-inch screen, the 75X94C also includes a full array direct LED backlight and built-in magnetic fluid speakers. The X94C supports high resolution audio and incorporates Sony's new smart TV platform, which is powered by Android TV. Unfortunately the latter feature was plagued with development issues and bugs, delaying the release of Sony's TVs this year. The X9405C is state-of-the-art but that comes at a price and would have set you back £7,499 when we reviewed it in July but can now be picked up for £5,999. Although that’s a lot of money, in terms of picture quality you won't find a better looking LCD TV this year. The use of a direct LED array results in excellent backlight uniformity and the VA panel delivers deep native blacks. Once you add the impressive local dimming and superb image accuracy, you start to realise why the picture is so good. The video processing and motion handling are just the icing on the cake and whether it's Full HD or Ultra HD, 2D or 3D the results are just stunning.

For those worried about future-proofing, the X94C's colour space can hit 98% of DCI, there are HDMI 2.0 inputs with HDCP 2.2 and High Dynamic Range (HDR) support will be added via a firmware update. Whilst we question the logic of including built-in speakers on a screen this big, especially as it just adds to the already large size and cost, we can't fault the performance. The 75X94C sounded great, it can support high resolution audio and there's even the option of a wireless subwoofer. In fact the only area of criticism for the X9405 is the new smart platform, which was fragmented and confusing, with too much choice and multiple ways of doing the same thing. It feels like multiple systems laid on top of each other, making the menus slow and unresponsive. Apparently things have improved with recent firmware updates, leaving us to assume that Sony released their new models before Android TV was ready. However smart platform aside, the Sony KD-75X9405C is stunning performer and we just wish that Sony had provided us with more review samples this year but maybe they didn’t have as much faith in their other models as they did in the X9405C.


There you have our recommendations for the best Ultra HD 4K LED TVs that you can buy for over £1,000, with plenty of options to meet every budget. So what are you waiting for? It’s time to break out the credit card or start writing that letter to Santa.
To comment on what you've read here, click the Discussion tab and post a reply.
Article Discussion (59)