5 movies in 24 hours - your mission should you choose to accept it! 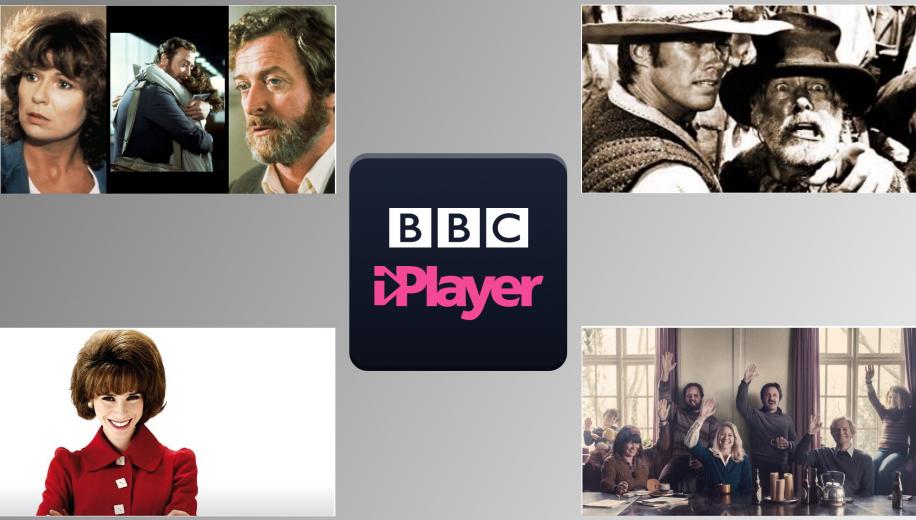 The BBC iPlayer has its fair share of decent movies but with only 30 days availability for a lot of them, they’re easy to miss if you’re used to having your watchlist scheduled weeks in advance. Here are the iPlayer movies that you may want to squeeze in right at the top of that list - as they say, ‘use it or lose it’.

With five films leaving tonight/tomorrow, you may have to perform your own ‘movie triage’ to determine which ones deserve to get your attention - that’s where this little guide will come in handy.

Remember, once the films have expired on the iPlayer, they’ll no longer be available on your device if you’ve downloaded them since the content is only available for the same period (generally 30 days) as on the iPlayer itself.

Set against the backdrop of the 1960s with its fast paced societal changes, Made in Dagenham is based on a true story about a group of working women who joined forces against their employer-imposed unequal working conditions and took a stand for what was right, thus leading to the 1968 strike at the Ford Dagenham car plant.

Academy Award nominee and Golden Globe winner, Sally Hawkins plays a fictional character in a real world event that garnered worldwide attention as the striking women broke out of the mold they were constricted by. The successful strike action led to the Equal Pay Act 1970 in the UK.

Terminally ill Tessa, is level headed about her future and has resolved to make the most of her remaining time by working her way through a bucket list. However, her no-nonsense approach is complicated when she meets and falls for her new neighbour, Adam,  which may give her a chance to experience that greatest gift life can give - to fall in love.

Based on Based on Jenny Downham's 2007 novel Before I Die, director Ol Parker’s movie features decent performances and manages to tread the difficult line between sentimentality and honest emotion.

Set in the 1970s, Erik, an architect, and Anna, a TV presenter, are an academic couple who set up a commune in Erik’s huge house in an upmarket area of Copenhagen. They invite their friends to join this experiment and, before long, a dozen women, men and children move into the country house, living the collective dream. Soon the initial excitement of joint discussions and decision making gives way to dissatisfaction at the foibles and idiosyncrasies each member exhibits and finally an unexpected love affair puts the community to its greatest test.

Examining the clash between personal desires, solidarity and tolerance, The Commune was entered into competition for the Golden Bear at the 66th Berlin International FIlm Festival and was also in the last three for the Danish submission for Best Foreign Language Film at the 89th Academy Awards (Land of Mine was eventually chosen but lost out to Iranian entry The Salesman)

Vinterberg’s previous projects have included music videos for Blur and Metallica as well as the well received The Hunt starring Mads Mikkelsen.

Based on the 1951 musical, Paint Your Wagon sees two unlikely prospector partners, the drunken and seemingly amoral Ben (Lee Marvin) and the innocent and romantic Pardner (Clint Eastwood) embark on a series of adventures during the  California Gold Rush. This includes buying and sharing a wife and a plan to kidnap six prositutes.

It’s possible this movie has not aged well... and the songs are not that great either.

Still, if you want to hear Clint croon and marvel at the depths Lee Marvin’s larynx can descend to (surely a workout for any subwoofer) as he gravels his way through Wand’rin’ Star, then you’ve got about 24 hours to prepare your ears.

Astonishingly, Marvin turned down the lead in The Wild Bunch to star in this for a (at the time) cool million bucks. Eastwood’s experiences during the over long, over budget production apparently resolved his decision to become a director.

Rita (Julie Walters), is a young Liverpudlian, working class hairdresser hairdresser, who, dissatisfied with the routine of her work and social life, yearns to escape to something more profound, without exactly knowing what that is. She seeks to better herself by signing up for and attending an Open University course in English Literature, whereupon she meets her tutor, the self loathing, alcoholic Frank. Lessons, it turns out, are about to be learned by both.

Walters reprised her stage role as Rita in her feature film debut, she was however, not the preferred choice and studio Columbia wanted Dolly Parton, who was still riding high after 9 to 5 a few years earlier. Both Walters and Caine were nominated for their roles and both won BAFTAs and Golden Globes but lost out on the respective Oscars to Ben Kingsley for Gandhi and Meryl Streep for Sophie’s Choice.

In 2002, director Lewis Gilbert proposed a remake starring Halle Berry and Denzel Washington which didn’t get off the ground.

So there, you have it. If any (or all) take your fancy, best get your binging boots on ‘cos it’s going to be a long evening.