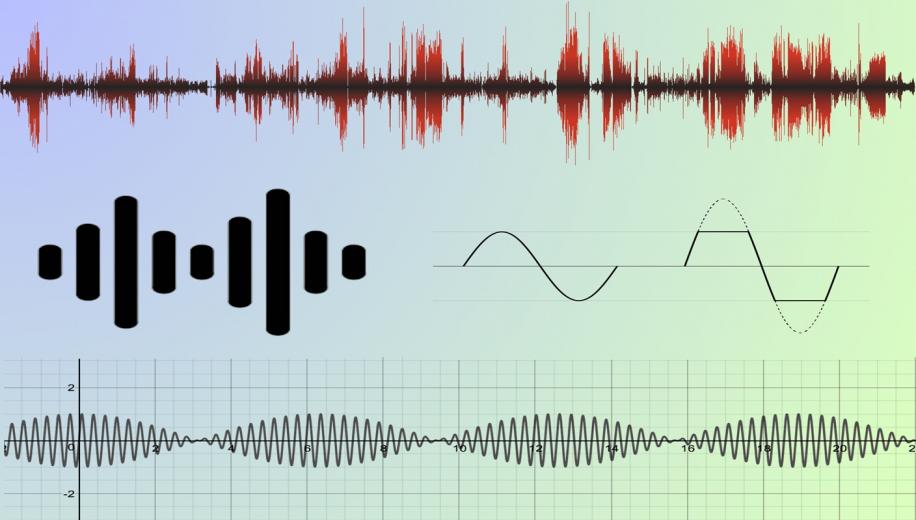 Right now, two channel audio is more flexible, more capable and offers more bang for your buck than at any time in its history.

That’s the good news. The not so good news is that this has come with an explosion in the number of formats that music can now be enjoyed in. The good news is that very little of this plethora of formats constitutes a ‘format war’- you can make choices about what you want to use without really closing off other options. As such, presented in alphabetical order in order to avoid fear or favour, here are the formats in (reasonably) common use in 2018 and what they do.

AAC
AAC (Advanced Audio Codec) was designed to be the successor to MP3 and originally given an MPEG classification, AAC is compressed audio format covering the 32-320kbps sample rate. Generally an AAC file will outperform an MP3 file of the same bitrate. Still in common use in compressed audio, digital radio, computer games and Apple products.

AIFF
A lossless audio format that was developed by Apple from a file type originally designed for the Amiga platform. AIFF is a lossless format that applies extremely limited packing or compression to files. AIFF is effectively WAV for Macs but unlike WAV, it will happily store metadata information which means it is increasingly popular in streaming audio. Many sites now offer the option to purchase AIFF downloads.

ALAC
Sometimes referred to as ‘AAC Lossless’ this is, in fact, a format in its own right. Developed by Apple but now open source, it can be used to rip CDs as an alternative to FLAC and supports high resolution as well as robust metadata. Now widely supported, it is a flexible and capable option for network streamers.

AirPlay/AirPlay 2
Not a format as such but a commonly used means of data transmission from Apple devices to suitably equipped and licensed receivers. Works to a maximum resolution of 16/44.1 and uses ALAC encoding so can handle a lossless signal. AirPlay 2 is now entering the market and offers the ability to stream to multiple devices but no increase in file size.

Apt-X/Apt-X HD
Commonly encountered in Bluetooth transmission, Apt-X is a format in its own right and was originally designed for the cutting edge world of hospital radio as a cheaper and less nauseating alternative to local radio DJs. Available to Bluetooth signatories as an alternative to the SBC codec, Apt-X uses effective compression to allow for larger files to be transmitted with less loss. The HD variant builds on this and increases the bandwidth available giving it limited hi-res capability.

ATRAC
A lossy and then ‘near lossless’ digital codec developed by Sony in the nineties and most commonly associated with the Minidisc format. ATRAC was then used for the first generation of Sony’s portable audio players (which thanks to the lack of cross compatibility and appalling software nearly destroyed the Walkman name). It is still in limited use a legacy format and in the hardware of the PS4 for certain audio tasks. Not generally supported by anything else.

Bluetooth
Originally designed to replace RS-232 cables, Bluetooth is a short range wireless network system that (amongst many other things) can be used to transmit audio. Now in its fifth iteration (although many older versions are in use too), it supports audio in AAC, Apt-X, Apt-HD, LDAC and SBC codecs. It is extremely widely supported as an open standard and offers the choice of a simple, high quality connection type common to multiple manufacturers.

Blu-ray Audio
Also known (at least by the people that sell it) as High Fidelity Pure Audio, this is a Blu-ray disc with a high resolution (24/96 or 24/192) soundtrack with DTS HD Master Audio or Dolby Digital Plus encoding. Hasn’t proved hugely successful in part down to it offering the same Dad Rock classics as DVD-A and SACD and the public losing interest in physical formats.

Compact Disc
The grandfather of digital formats, a CD is effectively a 780mb storage medium for Red Book digital files at a sample rate of 16/44.1kHz. While it is on a slow path to extinction, the billions of discs in existence mean that it will be around for a while yet and it is still capable of surprising performance.

DSD
An acronym of Direct Stream Digital, this is the nuts and bolts of the SACD format and now exists as a digital streaming format in its own right. Effectively a different means of cracking the same nut as other hi-res formats, instead of sampling 24 bits of data 48, 96 or 192 thousand times a second, it samples a single bit 2.8, 5.6 or 11.2 million times a second. Some people ascribe near mythical properties to it but it is effectively an alternative to PCM with slightly different pros and cons. Hardware specifically designed to handle DSD (which is rarer than you might think) can sound very good indeed though.

DVD-Audio
An audio only version of the DVD format that could support two channels at 24/96 or five at lower sample rates. DVD-Audio demonstrated fairly eloquently that the public’s willingness to pay through the nose for an album they’d already bought on CD and needed specialist hardware to use was pretty limited. DVD-Audio is officially described as extinct but the high resolution download versions of some albums are derived from mixes created for DVD-A.

FLAC
Standing for Free Lossless Audio Codec, FLAC is a lossless audio format that is able to support sample rates up 24/192 (and technically beyond). It is very widely supported by network audio players and is the format used by the Tidal, Qobuz and Deezer Hi-Fi streaming services. It is very commonly used for ripping CDs because it offers different compression rates and supports robust album metadata and specific features like Replay Gain.

Google Cast
Not a format but, like AirPlay, a transmission system that is developed and licensed by Google and appears in many streaming devices. Unlike AirPlay, it will support high resolution audio transfer and works on both the Apple and iOS platforms as well as OSX and Windows. Can also be used to send audio to more than one device at a time.

HDCD
Effectively an enhanced version of CD that uses various 90s era technology to squeeze 20 bits of information onto a CD which can be replayed as normal or with the extra information present via an HDCD compatible device. Effectively extinct as almost no hardware available today will decode the additional information - some playback software like Foobar can extract a 20 bit PCM signal from the discs (which often needs to be ‘padded’ to 24 bits for a DAC to actually decode) if you are feeling keen.

LDAC
A Bluetooth format developed by Sony that offers an alternative to the Apt-X option. Technically capable of sending a 24/96 file over Bluetooth (albeit with some compression and loss) it is now something that can be licensed by other companies and has started to appear on other company’s devices. Worth noting that it doesn’t have to be fitted instead of Apt-X and the two are often seen together.

MP3
An open source lossy format still widely supported and in widespread use. Developed in the early nineties, it uses a compression format that identifies what parts of the audio signal can be cut with the smallest effect on the overall sound. MP3 is used between 16 and 320kbps and is still commonly encountered in downloads and is used by the Deezer, Napster and Pandora streaming services.

MQA
Short for ‘Master Quality Authenticated’ and originally developed by Meridian before being hived off into an independent company, MQA is a system of packing and unpacking that allows for a high res signal to be sent in a smaller space. It can either be software supported - the Tidal streaming service is an example of software support - you can unpack the Masters files in the service itself and send the results to a DAC or you can send the complete stream to an MQA compatible device to be decoded in its entirety. Outside of Tidal, support is relatively limited.

Ogg/Vorbis
An interesting crypto format. Ogg is a container that can be used to hold information in a number of other formats, including MP3, AAC and FLAC. It is free from any licensing or copyright restrictions and is encountered in computer games, satnavs, and embedded website software. It is also used by the Spotify streaming service. Hardware support is relatively common but it is rare to encounter any file where your only option to listen to it is in this manner.

PCM
Again, not so much a format as a system of information. Pulse Code Modulation is the transmission system used to send an analogue signal as a digital code. In theoretical terms, it is over 150 years old but has been in practical use since the late 60s. All the lossless digital formats covered in this glossary (with the partial exception of DSD) are means of sending PCM for decoding by a DAC.

SACD
The intended replacement for CD, SACD is a physical means of storing and playing DSD. Discs can be stereo or multichannel and are often ‘hybrid’ discs that include a standard CD layer that can be played by normal CD players. As a physical format, it is - at best - niche, with a limited selection of ongoing releases. Like DVD-A, high prices, timid releases and pricey hardware (which in fairness to SACD, was more rapidly addressed than DVD-A) together with the move away from physical media ensured it was never a real hit. SACD disks can be made to relinquish their DSD content via various vaguely nefarious means and this is where large amounts of DSD downloads stem from.

SBC
The default audio codec for Bluetooth is the compulsory audio transmission standard for Bluetooth. Whatever more sophisticated options might also be supplied, SBC will be present as the ‘baseline’ to work in the event of nothing else doing so. It can handle sample rates of up to 48kHz (like Apt-X) but can only manage a bitrate of 345kpbs. This is, however, more than enough for any lossy format in use at the present time.

WAV
Effectively the Microsoft/IBM equivalent of AIFF, WAV supports uncompressed PCM at sample rates up to 24/192kHz. Like AIFF, it is capable of extremely high audio performance but suffers slightly in comparison because its support for album metadata is less robust and less consistent than either AIFF or the more modern compression capable lossless codecs.

WMA/WMA Pro/ WMA Lossless
A suite of software designed by Microsoft and able to offer both lossy and lossless audio support. Like the AAC format, the argument goes that WMA is, bit for bit, more effective than MP3. WMA Pro is a more recently released version with supposedly higher performance. WMA lossless is effectively consistent with ALAC but is much less commonly supported as it isn’t open source and, as a result, is very rarely encountered unless you actually ripped material into it in the first place.