ASUS - In Search of Incredible

The Taiwanese manufacturer launches their latest range of tablets and notebooks 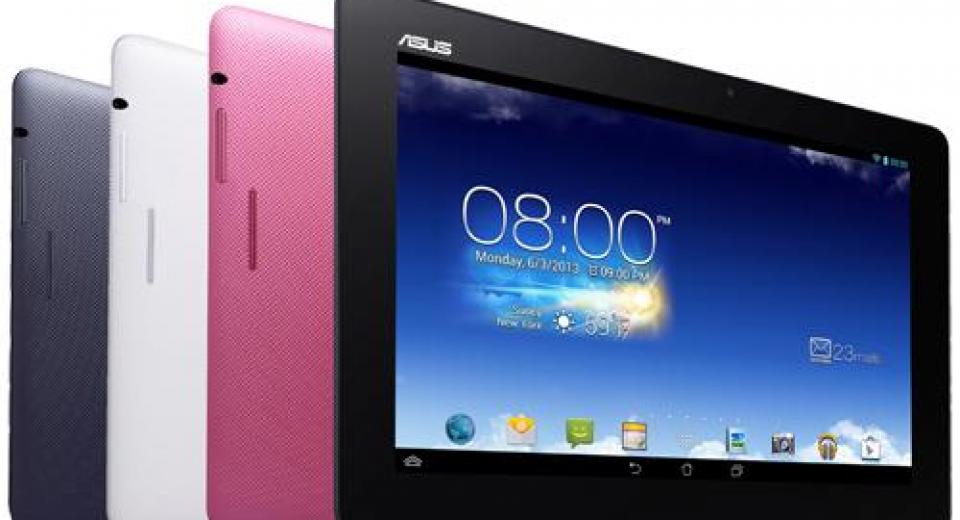 Asus Transformer Book TX300 Laptop (2013)
SRP: £1,550.00
Last Thursday ASUS held a press launch in central London, providing journalists with a chance to get their first hands-on look at their latest line-up.
Whilst ASUS might not have the cool-factor associated with a manufacturer like Apple, there’s no denying that they have been at the forefront of notebook and tablet development for a number of years. They have consistently released products that have combined innovation, performance and price, resulting in healthy sales that have positioned them just behind Samsung at number three in the market place. This expertise clearly wasn’t lost on Google, who came to the Taiwanese manufacturer to help them develop their Nexus 7 tablet. So it came as no surprise when ASUS kicked off their press launch with the new Nexus 7, which has clearly been designed to ace the benchmark tests and deliver a serious challenge to Apple’s iPad Mini. The latest incarnation of the Nexus 7 is a 7-inch Android 4.3 handheld tablet with an incredibly sharp tablet screen and built-in wireless charging that eliminates the need for clumsy power cable connections. The Nexus 7 has been built to deliver the best of Google in an incredibly slim package that fits perfectly in the hand and includes a Qualcomm Snapdragon S4 Pro quad-core processor with 2GB of RAM and a Full HD display packed with more than 2.3 million pixels for an impressive 323ppi. ASUS TruVivid technology improves colour clarity and brightness, while IPS display technology gives 178-degree viewing angles.

The Nexus 7 has been designed to ace all the benchmark tests... Of course not everyone will be able to afford the Nexus 7, so ASUS have also developed their MeMO Pad HD 7 and MeMO Pad FHD 10 tablets. The MeMO Pad HD 7 is a 7-inch Android tablet with a quad-core processor, 1280 x 800 IPS display, stereo speakers, and 1.2-megapixel front and optional 5-megapixel rear cameras. It is priced for the value segment of the market, offering an attractive combination of value and performance for those who don’t need all the features found on the Nexus 7. There is also the MeMO Pad FHD 10 is a 10-inch tablet with the new Intel Atom Z2560 processor (1.6GHz), a 1920 x 1200 Full HD IPS display and SonicMaster technology.

In the increasingly competitive ‘phablet’ market, ASUS have launched their new Fonepad, which is a competitively priced 7-inch handheld with 3G voice and mobile data for all the telephony features of an Android 4.1 smartphone, with the added convenience of a larger tablet display. Powered by a new Intel Atom Z2420 processor, Fonepad features a sleek metallic design that can be held comfortably in one hand, and an HD IPS display with wide viewing angles. Fonepad is available in 8GB or 16GB capacities and all models feature a microSD slot for further expansion, and up to nine hours of battery life. It’s inevitable that ASUS would combine their expertise in both notebooks and tablets, resulting in one of their signature products, the Transformer Book TX300. This innovative product combines the performance of a fully featured notebook PC with the mobile flexibility of a Windows 8 tablet. It uses a 13.3-inch tablet with Full HD multi-touch display, a 3rd generation Intel Core i7 processor, 4GB DDR3 dual-channel (1600MHz) RAM and 128GB SSDstorage. There is also a front HD camera and an optional 5MP camera at the rear. When docked, the Transformer Book instantly becomes a fully featured notebook with dedicated high-capacity 500 gigabyte hard drive, extended battery and a comprehensive array of ports. The Transformer Book also features exclusive High-Speed Bridge technology for a high-bandwidth connection between dock and tablet, ensuring maximum performance in notebook mode.

Taking the Transformer concept to its logical conclusion, ASUS have developed the Transformer Book Trio, which is the world’s first three-in-one mobile device. With an 11.6-inch detachable display and dual operating systems, the Transformer Book Trio transforms mobile flexibility by switching effortlessly between a Windows 8 notebook, an Android tablet and a Windows 8 desktop PC. Despite the different operating systems, the Transformer Book Trio has been designed to smoothly transition between modes, allowing users to sync data or continue to surf the webpage they’re on even when moving from notebook to tablet mode. The PC Station dock has its own 4th generation Intel Core i7 processor, keyboard and 750GB hard drive and, with the tablet display detached, can be hooked up to an external display for use as a desktop PC. The PC Station also serves as a charger for the tablet, which features a 2.0 GHz Intel Atom processor and a 16:9 aspect ratio IPS display with Full HD 1920 x 1080 resolution and up to 64GB of storage. ASUS practically developed the notebook market and despite competition from tablets these days, they still have a strong line-up of products. The ASUS Zenbook Infinity is the world’s first Ultrabook with a Corning Gorilla Glass 3 lid for both style and durability. The Zenbook Infinity features a beautiful new design that’s 14% thinner than the previous generation Zenbook and a sheer, high-gloss, finish that’s extremely resistant to scuff marks and scratches. Corning Gorilla Glass 3 with Native Damage Resistance has three times the scratch resistance of Gorilla Glass 2 and gives a 40% reduction in the number of highly visible scratches. The ASUS X Series notebooks feature an Intel Core i7 processor and ASUS Super Hybrid Engine II technology with 2-second instant on to cater for most daily computing and multimedia tasks. It also keeps user content safe by automatically backing up data on the hard disk once the battery level drops below 5%. ASUS exclusive SonicMaster and Splendid technologies enhance the multimedia experience while large Smart Gesture touchpads let users pinch-zoom, drag-and-drop, and multi-finger scroll-and-swipe for quicker and more precise Windows 8 input. The X Series has a ‘spun finish’ and is available in five colors - red or blue, cool white, and matte or gloss grey. It was hard to distinguish the higher-specified Nexus 7 from ASUS' cheaper alternative...
The opportunity to get hands-on with the products did provide us with an opportunity to get a good look at both the build quality and the performance of the new line-up. There's no denying that whilst ASUS products are keenly priced, this isn't achieved at the expense of build quality and all their latest products had a solid and well made feel. In fact it was hard to distinguish the higher-specified Nexus 7 from ASUS' cheaper alternative, until you got very close. The interactivity, performance and features were also excellent and for those that prefer the Android or Windows operating systems, the ASUS line-up does provide an attractive and well priced alternative. ASUS latest tagline is "In search of incredible" and it's certainly true that their latest line-up does offer an incredible range of choice, performance and value.
To comment on what you've read here, click the Discussion tab and post a reply.
Share:
Facebook Twitter Reddit Pinterest Tumblr WhatsApp Email Share Link
Article Specs Discussion (2)