In a world of black and white - is there room for grey areas? 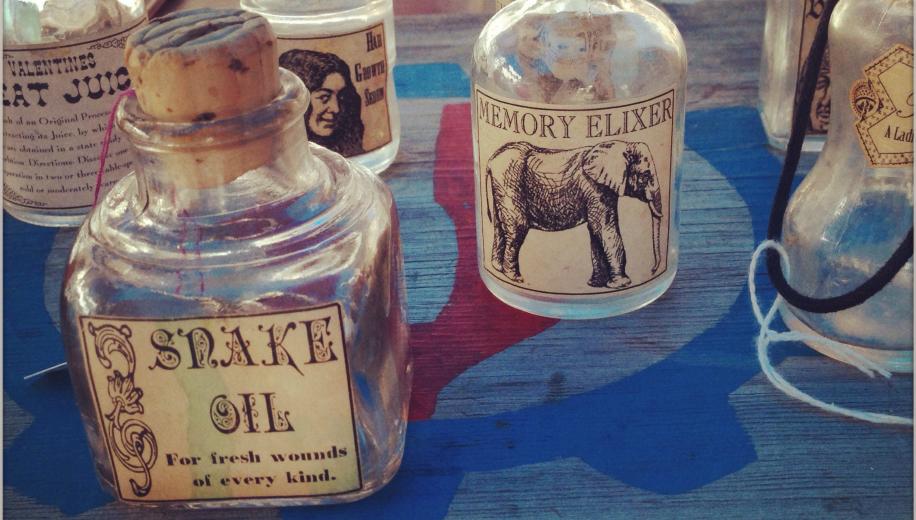 Amongst the grim lists of celebrity deaths over the last few years, it was easy to miss the passing of a less celebrated name.

He was Peter Belt and, at the time of his death, he was in his mid seventies so his passing was not entirely unexpected. Belt was notable for perhaps being the ultimate example of a curious trait in audiophile circles of believing that the sound of audio equipment can be affected by some fundamentally unlikely inputs. These included (but were not limited to), sticking little bits of foil on things, a special paperclip and a ‘morphic link’ bookmark that you placed in your dictionary adjacent to the word ‘link.’ All of these things apparently improved the performance of your audio system.

This is not on obituary or hatchet job for the departed Mr Belt, it would be nearly two years late if it was anyway. The timing of his death is coincidentally interesting though. As we have noted at various stages in the past year, Hi-Fi systems are changing shape and the manner by which they access material and produce audio has undergone more alteration in a few short years than we had seen in the decades before that. One of the more interesting side effects of this is where these changes leave some of the more fringe parts of the accessory business. This side of the industry owes its existence, in large part, to how fascinatingly variable the performance of a classic, turntable fronted system can be. Turntables are fickle beasts and the most unlikely of input variables has an effect on their sound. This can be as simple as over or under tightened bolts on the cartridge, the type of mat used and the material it is placed on. When you combine this with the truly tiny voltage that phono cartridges generate, it doesn’t take too much of a leap of faith to appreciate that in this context, aftermarket cabling makes a degree of sense.

The move to digital has, by increments, started to move us to a world where things either work or they don’t. In some ways, viewed objectively, that the accessory business really only got into its stride in the time of CD is a remarkable achievement. Nonetheless, the ‘rules’ of cabling and equipment placement that emerged from the late vinyl era stayed true into the CD one. The idea of cordoning off a proportion of your total budget for cabling is a durable one.

It is the ‘post CD’ world that really ups the ante though. The laptop I am typing this article on is a capable piece of audio equipment in its own right. As someone who has been in the industry for a fairly long time, a part of me still feels weird using a free USB cable to attach a DAC for testing but, equally, the idea of using a higher quality cable to attach a printer in the pursuit of higher performance is entirely absurd. Equipment on test frequently operates in a hinterland where a free cable connects it at the digital end and a posh one connects it to the system proper.

In some ways, viewed objectively, that the accessory business really only got into its stride in the time of CD is a remarkable achievement. The impact of network audio hardware is no less complex. If it follows that my wired network handles some complex tasks using a motley collection of RJ45 cables (some of which have the dubious distinction of being cut and terminated by me, despite which they still work), then it also follows that the requirements of sending some files from a NAS to a streamer will also be something that they do just fine. Despite this, ‘audiophile’ network hardware not only exists but exists in surprising quantities from a spread of manufacturers. Clearly, my reticence is not universal.

Of course, a fair bit of equipment that passes through for test these days has no need of cables at all. It is possible that this represents the final end of many parts of the accessory business. The reason for this is more complex than it might first seem. Not only does this equipment reduce the need for cabling full stop, it also leads to a subset of consumers that have no holdover interest in them as a category, even if they move into sections of product that are still wired together. There is little doubt that some aspects of the accessory business are firmly evolved on demographic lines with younger consumers - perhaps without that direct experience of more finicky equipment - being less keen about buying some of the costlier items.

Of course, a fair bit of equipment that passes through for test these days has no need of cables at all. It is possible that this represents the final end of many parts of the accessory business. I find myself in two minds about this process. With a degree of respect to people active in the cable side of the business, many of whom I count as friends (until they read this, anyway), I find some of the claims made on the awkward side of outlandish. All hobbies and pastimes do tend to balance science with a degree of alchemy but some parts of the accessory business make us look credulous to the point of insanity. We compete for people’s slender reserves of disposable income with many other distractions and telling people they need a length of conductive metal with a price to weight ratio of decent drugs isn’t helpful.

At the same time, if this is the end point for some of the weirder ends of this sector, I will miss the showmanship of some of it. At the Bristol Show earlier this year, I was regaled by a description of a sort of ‘psychic energy projector’ that (apparently) induced a feeling of well-being in the listener and improved their perception of the sound. For the price, I think I’d have chosen a decent cellar of booze to achieve the same effect but I appreciate the craziness. It’s a free(ish) country after all and if your life is improved by sticking little bits of foil on things, who am I to stand in your way?

So, where do you stand on this? Do you think I’m overly sentimental and all of this is all no longer needed? Or are you stroking an audiophile network cable and can’t believe I can’t hear the difference?