Looking at the bigger picture 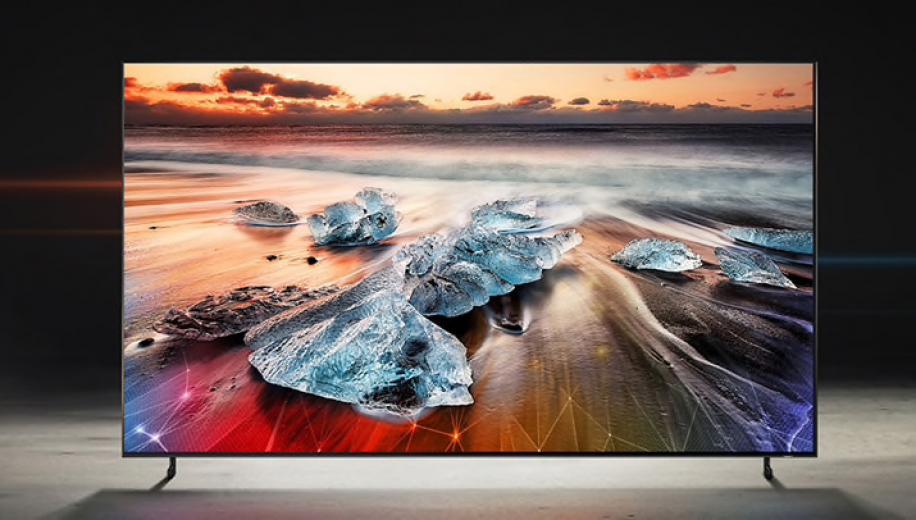 At IFA there was some controversy surrounding LG’s claim that Samsung’s 8K TVs are not ‘real’ 8K. On the face of it, that seems slightly ridiculous because Samsung’s TVs use panels with 7680 x 4320 pixels, which means they can obviously display a resolution of 8K.

The basis of LG’s claims are a series measurements taken using an approach called contrast modulation. This ageing metric was originally developed to measure the resolution of CRT displays, but has more recently been applied to flat panel TVs.

The International Committee for Display Metrology (ICDM) originally established contrast modulation as a method of measuring the ability of a display to distinguish a pattern of alternating, one-pixel-wide white and black lines.


Related: What is contrast modulation (CM)?

Whatever the merits of LG's claims relating to contrast modulation, the resulting furore prompted a press release from the ICDM in which it stressed that it does not mediate issues concerning companies reporting data obtained using the content in its testing document.

The ICDM made clear that it doesn’t set compliance values for any of its measurements – that's the job of other standards organisations. The thresholds mentioned are merely suggestions based on the tasks described, and different tasks may require different thresholds to be used.

It’s also worth pointing out that since contrast modulation was originally established for measuring the resolution of CRT displays, the ICDM is currently in the process of developing new measurement techniques to reflect the recent developments in display technologies.

As far as standards organisations are concerned, the Consumer Technology Association (CTA) has defined the resolution for 8K as at least 7680 by 4320 pixels, measured using contrast modulation, whereas the 8K Association has only listed a minimum resolution of 7680 x 4320.


The CTA uses CM in its specifications, whereas the 8K Association is more concerned with overall performance

However, unlike the CTA, the 8K Association also has a number of other requirements for certifying an 8K display that emphasise features unrelated to resolution: frame rates up to 60p; a minimum peak luminance of 600nits; HEVC decoding; and an HDMI 2.1 interface.

It’s these other factors that really determine the capabilities of an 8K display, so let’s run through them and see how Samsung and LG’s 8K TVs actually measure up. At present, there's Samsung's Q950R QLED 8K TV, along with LG's Z9 OLED and SM99 NanoCell LCD 8K TVs.

For a start, both manufacturers’ TVs support frame rates up to 60p, and both have HDMI 2.1 inputs that can accept native 8K content. So far so good, but there are currently no consumer HDMI-based 8K sources available, and at the moment native 8K content is delivered using IP or USB.


Interestingly, Samsung’s TVs can internally decode 8K content from online or USB sources, whereas LG’s 8K models can’t. They actually lack the necessary decoders built-in, which essentially makes them 4K TVs with 8K panels. It also means they can’t be upgraded via firmware, and as a result, the company is expected to rollout a dedicated upgrader box by the end of the year that will add the necessary 8K decoding.

This external box works as an outboard 8K decoder and uses one of the HDMI inputs and one of the USB ports to connect to LG’s 8K models. It’s not the most elegant solution, and it’s strange that LG didn’t simply build the necessary decoding into its 8K TVs from the outset. It will be interesting to see if LG's next generation of 8K TVs follow the same approach, or simply have the decoding built-in.

The final requirement of the 8K Association is a minimum peak luminance of 600nits. While both manufacturers’ 8K TVs exceed this requirement, LG’s 8K TVs are limited to a peak luminance of 900 to 1,000nits (even the NanoCell LCD), while Samsung’s QLED models can deliver between 3,000 and 4,000nits.

The 8K Association is correct in its assertion that a good image is composed of more than simply resolution. When it comes to Ultra HD resolution (which includes both 4K and 8K), the argument has always been for better pixels and not just more pixels. There are numerous factors that determine what makes a great picture, and a good 8K TV should be able to deliver them all.

The display resolution is certainly an important factor, but so is actually being able to decode native 8K sources and then displaying that material to its full extent – which includes wider colours and a higher peak luminance. Sometimes, it makes sense to step back and take a look at the bigger overall picture, rather than just concentrating on individual pixels.
To comment on what you've read here, click the Discussion tab and post a reply.
Article Discussion (252)