4K Netflix vs Blu-ray: Round Two 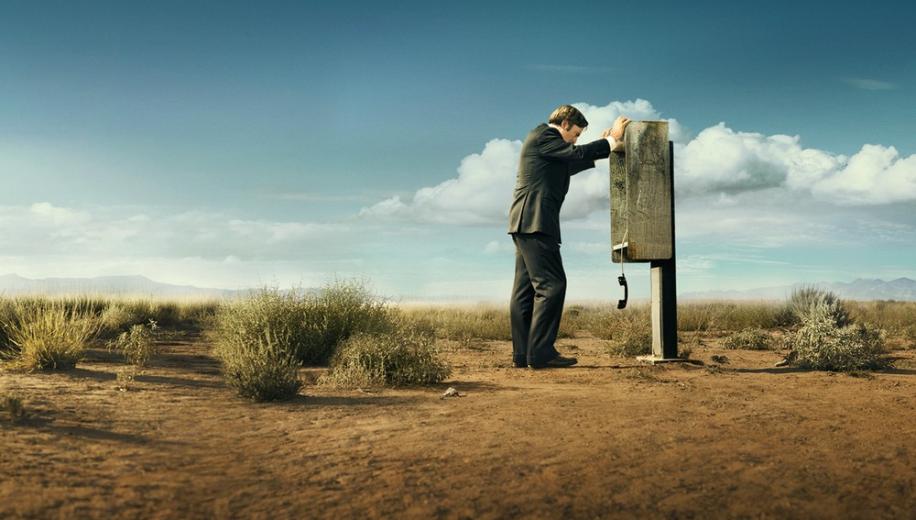 OK, so we have been here before but our comparison of the 4K Ultra HD streams from Netflix against the Blu-ray release of House of Cards was around 18 months ago and both time and technologies move on.
In regards to this topic, the major innovation has been the launch of Ultra HD Blu-ray disc and, hand in hand with that, the major breakthrough of High Dynamic Range (HDR) video that should make more of a splash with the public than the increased resolution has but all that is for another time and another comparison.

In terms of streaming technologies, we can already get HDR 4K from Amazon, with Netflix set to launch their own content using ‘full fat,’ Dolby Vision HDR and the deployment of the ultra-efficient HEVC encoding is now in full swing, with HD audio formats - including Dolby Atmos - also set to hit the service.

Still, in the here and now, most folks still have 1080p TVs and those that do have 4K and/or HDR capable televisions are highly unlikely to have an Ultra HD Blu-ray player, yet, so the question still remains, is 4K streaming better, as good or worse than a high quality Blu-ray and the reason we’re asking it again is the fact that we’ve noted that some of the recent Netflix originals are looking even better than the initial titles.

In particular, we’re going to be comparing the Blu-ray release of the first Season of Better Call Saul for two simple reasons: a) it looks blooming terrific and b) we have reviews discs knocking about the place.

You'll have to look close. Very close!
Comparisons were carried out on a 65-inch Samsung JU7000 Ultra HD TV, using a Panasonic DMP-BDT300 Blu-ray Player, with video output at 1080p24 in the unmolested, Standard picture mode for the discs. We played Netflix using the NVIDIA SHIELD Android TV with video output set to 4K at 23.976Hz, which is the exact framerate of the content; we know because we checked the ‘hidden’ menus available when watching Netflix via a browser. The players were both fed in to a Yamaha AV Receiver, with no video processing applied, in to the same calibrated HDMI input of the TV. We had also got a preview of the SHIELD 3.0 software update – now on general release – which corrected the colour space errors so we were on as level a playing field as was possible.

Our experiences of the last time we attempted this taught us that, rather than attempt to describe frame by frame and scene by scene what differences we saw, if any, the best way to approach this challenge was on a more micro scale. We would watch one scene via one of the sources – typically 2 to 3 minutes long – and then switch over to the other source and watch it again. We then chose one frame from a particular scene – typically fairly static to avoid any blur – by hitting the pause button. Simple stuff on a disc player with slow-mo frame forward but not so trivial on Netflix where the smallest increments are in twenty second blocks. That’s one hundred percent a first world problem but it does account for the fact that some of the photos aren’t one hundred percent time-aligned. To be fair, they are for illustrative purposes, only, to show you what we were looking at and not intended for close scrutiny.

Where better to start than Act One, Scene One? The opening sequence of Episode One is a monochrome affair, showing our protagonist in his then job at a café (we’re avoiding spoilers here). Like most of the rest of the show, it is beautifully shot and exquisitely lit and the lack of colour in this scene might potentially allow us to see any obvious detail differences. There is one close-up of Saul’s balding pate that looked an especially good candidate – note all photos will be displayed with the Shield 4K on the left and the BD player to the right.

From our usual viewing spot, which is around 7.5 feet (2.3m), we could honestly see zero difference between the two frames and, in a wider sense, the entire scene. So, we moved a little closer, to around five feet, and it was still impossible to see any resolution differences and it was only when we were between 2 and 3 feet where any extra details could be seen on the Shield – we’re talking a couple of skin pores and a very small wispy hair so not exactly a quantum leap and, of course, there aren’t many folks sitting that close to a 65-inch screen.

Another frame from the same sequence with even more detail and, therefore, prospectively a better proposition to discern some variances proved just as difficult to tell apart.

For this comparison I enlisted some child labour – I left the room while my 10yr old switched inputs – to try and make it as blind a test as possible. Again, there was nothing in it from a sensible viewing distance and, if anything, the Blu-ray image possibly looked a little better from really close up. That is likely the result of the frames being hundredths of a second mis-matched and the over-riding feeling from viewing the entire scene was that we couldn’t tell them apart.

Again, the photos are fractionally apart which gives the impression of the Shield 4K images having a little more detail but that’s a result of some extra sunlight washing in to the Blu-rays’ photo; if you look more to the right, in the shadows, there is no discernible detail differential and that’s how it appeared to the eye. This is a good place to note that the typical compression issues you get with streamed video in darker scenes is now, more or less, a thing of the past with Ultra HD Netflix and we can count on one hand the number of times we spotted it during the entire first season.

Rounding off the comparisons, because we think you’re probably getting the idea that we are really struggling to tell these apart, let’s take a look at something really colourful as Saul retreats to his office behind the salon.

There’s a very tiny lighting difference between the two shots but you would be extremely hard pressed to tell the two frames apart in real life, never mind a compressed photo viewed through your smartphone or PC. Despite repeated rewinding and reviewing, again, there is just no visible difference on a 65-inch screen from 7.5 feet away and, once more, even when we got really close, we just failed to pick out any further details, in either frame, so our conclusion is another score draw with both just looking fantastic.

The real take-home is that Netflix 4K is loads better than Netflix Full HD.
Where there is a clear winner is in terms of the audio with the disc boasting an excellent DTS-HD Master Audio 5.1 track against the Dolby Digital+ 5.1 provided via streaming. Even a non-audiophile with relatively modest equipment could probably tell that DTS-HD MA provides a richer, more detailed sound presentation with the bass particularly well defined from the Blu-ray. This is going to be a temporary advantage to Full HD Blu-ray, however, with Netflix set to embrace Dolby Atmos sometime in 2016; when that occurs, we might find no compelling reason to choose the physical format unless, of course – and we know there are many that do – you just favour owning physical media, for whatever reason. I’m more of a watch once and move on to the next thing kind of guy but your mileage may very well vary.

As we said above, there are, of course, further enhancements coming to Netflix, very soon, and the emergence of HDR content via Netflix will pretty much sound the death knell to 1080p Blu-ray, for me. If I can watch the same content, only better presented with prospectively improved audio quality – or at least the same as the disc – why would I pay circa £15 for something else to clutter up the house and take away precious storage space, when I can get it all at the touch of a button, or two? Again, you might feel differently about your media, and where it’s stored and who ‘owns’ it which is a perfectly valid standpoint but the generations growing up behind us aren’t likely to be so precious about having a physical format.

Which brings us on to the future of Ultra HD and where it sits in the current climate but that’s a debate for another time and place but, for those that do prefer the convenience of streaming, perhaps the take-home from this exercise is that 4k Netflix is orders of magnitude better than Full HD Netflix and at least a video match for Blu-ray as it stands. Let’s call this one a draw and wait for those 4K HDR discs to land.